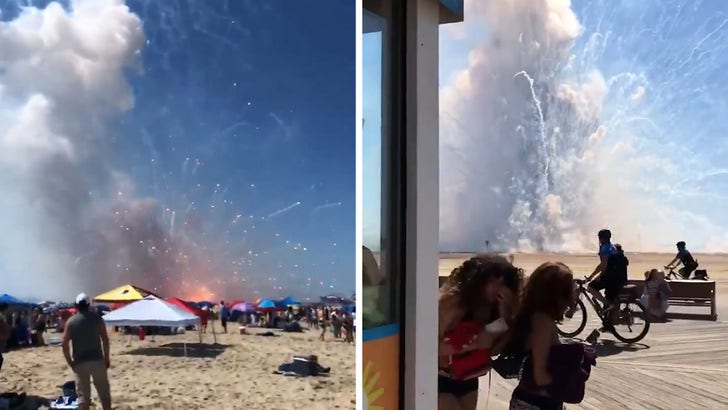 Fireworks got started early in Maryland this weekend -- a good chunk of their stash went up in flames (and booms) well before the sun went down ... right at ground level, no less.

A truck carrying a crap ton of fireworks in Ocean City accidentally detonated Sunday AM, freaking out bystanders who were in the area ... but ultimately serving as an early indicator of what was to come. Seriously, it was like a full-blown firework show right there on the sand.

Fireworks went off in Ocean City this morning on the beach, down by the inlet. Not sure if there are any injuries. Video taken by my sister-in-law. pic.twitter.com/m5MFcRtRUN

Thankfully, no one was seriously hurt ... but this could have turned ugly fast. In fact, it's eerily similar to another detonation gone wrong right here in L.A. from last week -- when the LAPD's bomb squad tried safely disposing of thousands of pounds of illegal fireworks they'd confiscated ... but ended up sending shockwaves through a southside neighborhood instead.

They wouldn’t have tried this in Beverly Hills. pic.twitter.com/gSDmAqI0Dv

Just goes to show -- when you play with fireworks (regardless of intention) things are sure to blowup. Stay safe, y'all ... Happy 4th!!! 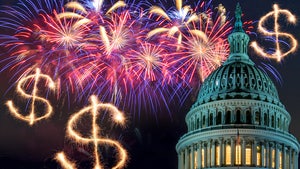 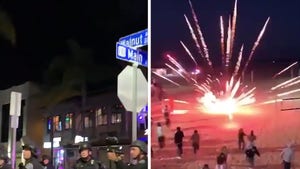 You Might Want to Rethink Insane Videos Holidaze Viral