U.S. track star Sha'Carri Richardson is breaking her silence on being left off the Olympic team ... saying she's come to terms with the decision and is looking to move past the situation.

The 21-year-old -- who was a gold medal favorite to win the 100m race at the Tokyo Games before testing positive for marijuana -- had her Olympic dreams officially squashed Tuesday when U.S. Track and Field organizers elected to keep her off the 4x100 relay team ... despite her 30-day suspension set to end prior to the event.

TMZ Sports spoke with Richardson on Wednesday about getting snubbed ... and she explained she's not upset or pissed about how things transpired.

"Honestly, that news didn’t bother me because me and my team were realistic, so we kind of figured that they would say that in the first place," Richardson told us at LAX.

Richardson garnered support from celebs from Gabrielle Union, Patrick Mahomes and Cardi B over the past few days ... with others demanding an exception to be made to allow her to compete.

All things considered, Sha'Carri tells us she's doing "fine" and maintaining a positive outlook on the ordeal.

"I understand the situation that’s going on. So, I’m accepting of it, and I just know what I have to do moving forward in my career."

Richardson -- the fastest woman in America -- previously said she smoked weed to cope with the loss of her biological mother, which caused incredible amounts of stress as she prepared for the U.S. trials last month.

The USATF released a statement applauding Richardson's accountability ... but said it would be "detrimental to the integrity" of the team if the organization included her on the relay.

Now that Richardson will not be competing in Tokyo, we asked if she planned to watch her 100-meter sprint on TV ... and her answer may be a bit surprising. 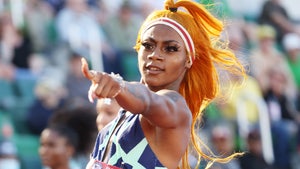 Sha'Carri Richardson Shades the 'Perfect People' Dragging Her Over Weed 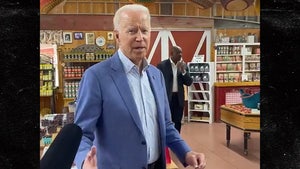