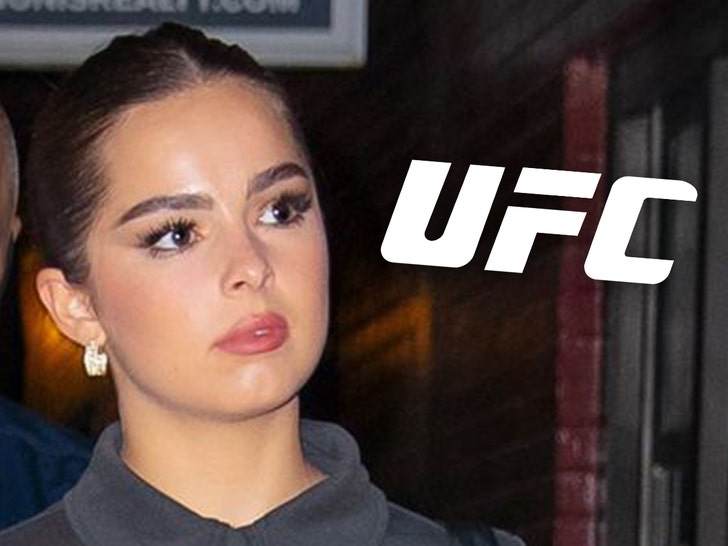 Addison Rae is either UFC's newest live event reporter, or she's trolling hard -- or perhaps both ... because she's touting what seems to be a new on-camera gig, which has got a lot of journalism student advocates pissed.

The TikTok star posted photos of herself at what seems to be a UFC event -- perhaps a teaser to Saturday's UFC 264, where McGregor and Poirier are set to face off -- but it's unclear where or for what exactly. In any event, Addison made it seem like she'd been hired.

I studied broadcast journalism in college for 3 whole months to prepare for this moment pic.twitter.com/5Z95OTSVTA

As she posed all dolled up on the red carpet with a UFC tarp behind her, she wrote ... "I studied broadcast journalism in college for 3 whole months to prepare for this moment."

Definitely a tongue-in-cheek caption, we're sure ... or so it seems. Addison appears to be poking fun at the fact that she dropped out of LSU -- where she's said to have been studying journalism -- to pursue her social media career (which was obviously a good idea). 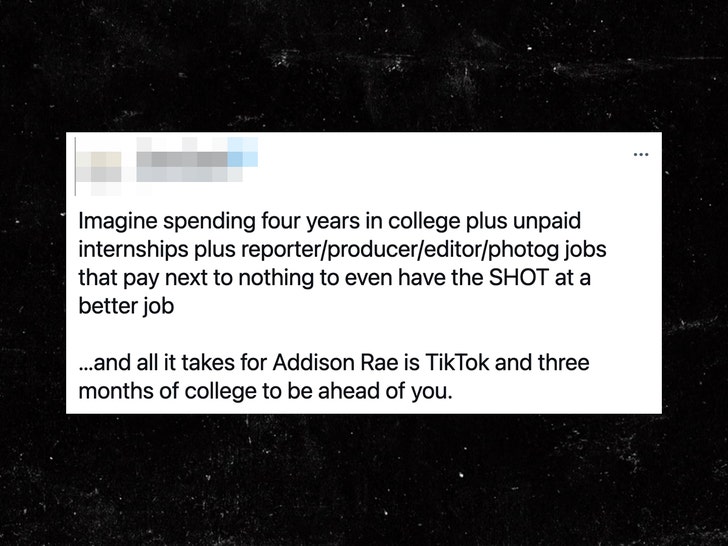 Although she thought it was funny ... a lot of people online didn't. Twitter users piled on top of her (digitally) for what they perceived as an unjust and unwarranted HR move on UFC's part ... assuming she's actually on their payroll. They suggested Addison was undeserving, as opposed to a journo student who slaved away for 4 years for an actual degree. 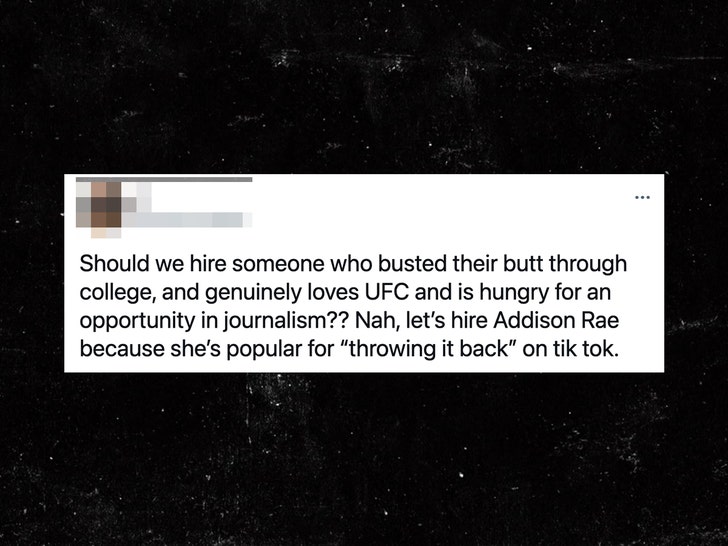 One guy wrote, "Should we hire someone who busted their butt through college, and genuinely loves UFC and is hungry for an opportunity in journalism?? Nah, let’s hire Addison Rae because she’s popular for 'throwing it back' on tik tok." Funny stuff, no doubt.

With that said, we gotta wonder ... are people are overreacting here??? Yes, while it may seem AR has little to no experience in the field, and perhaps isn't as skilled or trained as others who've studied this at the university level -- the truth is, UFC probably doesn't care.

At the end of the day, the company is in the entertainment biz -- and if bringing Addison on as a host helps 'em get eyeballs and sell PPV purchases for their product ... they're gonna do it!!! And, besides ... a hosting job like this really doesn't take much schooling anyway. 🤷🏽‍♂️

If she was getting a desk job at the NYT or something, we'd get the outrage -- but for something as frivolous as this ... it's nothing but eye rolls for the angered would-be reporters. 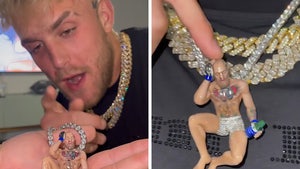 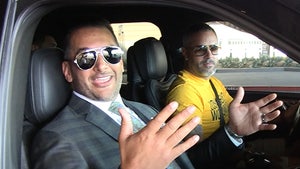