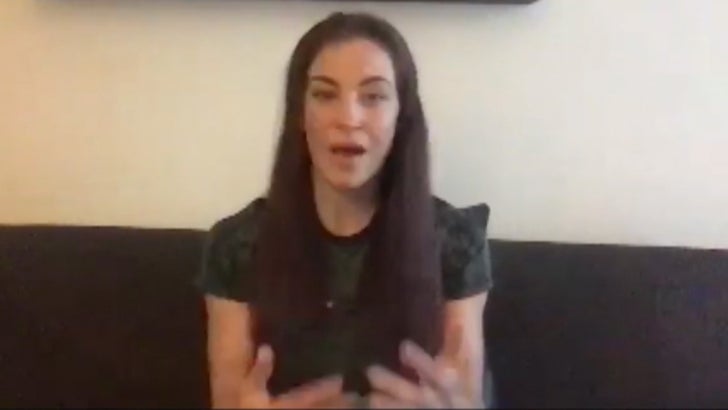 Miesha Tate says her UFC return isn't about money or fame ... it's about regaining her championship belt, and showing her kids women can be good moms and kick ass!!

TMZ Sports talked to 34-year-old Tate -- who hasn't been in the Octagon under the bright lights of the UFC since November 2016 ... when she lost to Raquel Pennington.

FYI, that happened to be UFC 205 -- the Conor McGregor vs. Eddie Alvarez card -- one of the fights that made The Notorious a global superstar.

1,708 days later, Tate is taking on 44-year-old Marion Reneau as the co-main event at UFC Fight Night ... and we asked the UFC star what she wanted to accomplish this 2nd time around.

In fact, Tate -- who beat Holly Holm for the bantamweight title in 2016 -- tells us the layoff actually made her a BETTER fighter.

"Much better. I’m not gonna lie, much better. But, I have to prove that, so just let me glow up and then I can prove it to you guys."

And, Miesha says the comeback isn't only about her ... it's also about showing her kids that women can be great moms AND also have a badass and super-successful career.

"I love my kids more than anything, but at the same time, I want to show them that just because you become a mother, you know mothers get lost a lot of times in our world. It’s ok for the dad to do and be, but the mom just kinda just be the mom," Tate says.

"I want to show my children that women and mothers can have dreams, and goals, and ambition, and still be great mothers." 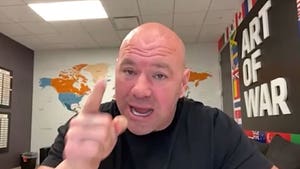 Dana White Stoked for Miesha Tate Comeback, But It Was Mistake to Fix Your Nose! 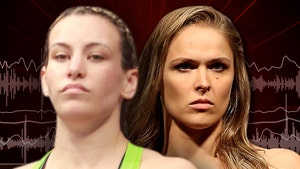