NFL coach Greg Knapp -- who was struck by a car while riding his bike over the weekend -- succumbed to his injuries on Thursday, his family announced. He was 58 years old.

As we previously reported, Knapp and a vehicle collided on a road in San Ramon, CA. at around 2:49 PM on Saturday ... and coach was rushed to a nearby hospital with "major injuries."

Knapp tragically did not survive the accident ... with the Knapp family sharing the devastating news in a statement.

"Today at 11:32 am PST, Greg Knapp (aka Knapper) was called back home to Heaven, where he will be reunited with his Dad."

Knapp was immediately rendered unconscious after the accident ... and never regained consciousness.

"Those of us who were so blessed to have known him, know that he would have wanted even this moment to be a teachable one," the family continued. "So this is it ... 'Live every day as if it's your last, and love those around you like it won't last!'"

Knapp was beloved in the league -- he coached superstars like Steve Young, Carson Palmer, Mike Vick, Peyton Manning and Matt Ryan since joining the league in 1995 ... and had been working with rookie QB Zach Wilson this offseason after joining Robert Saleh's staff as the passing game coordinator.

He won a Super Bowl as the QB coach with the Denver Broncos in 2016.

Clancy Barone -- who coached alongside Knapp with the Atlanta Falcons and Broncos -- shared an emotional tribute to his friend of 40 years ... saying, "College teammate. Best friend in the coaching profession."

"We always made sure our lockers were next to each other during out coaching journey ... including 2 Super Bowls!!!"

Jets head coach Robert Saleh added ... "Greg had such an inner peace about him that people always seemed to gravitate towards."

"He lived life in a loving way that helped him connect with people from all walks of life in a unique way. In his short time here, I believe the people in this organization had a chance to experience that connection."

Knapp was surrounded by his mother, wife, brother and 3 daughters in the hospital. 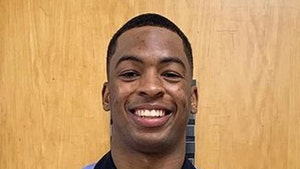 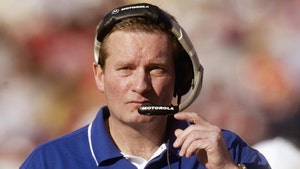