Ben Affleck's enjoying the views on his yacht ride with Jennifer Lopez -- both of the waters before him ... and of the beautiful woman right by his side, who's still got plenty of "back" ... and who may or may not be paying homage to herself and her man.

Mr. Affleck proved as much Saturday when he and his GF were laying out on their mega-yacht as they sailed the Mediterranean in St. Tropez ... continuing the voyage they set out on yesterday to kick off J Lo's 52nd birthday celebration, which got started with a bang.

You might recall ... Bennifer went public with some awesome pics Jen herself threw up, including one of her planting a fat one on her old flame for the whole world to witness. It was the equivalent of a coming out party (for couples) ... and they did it in spectacular fashion.

Now that the cat is fully out of the bag -- beyond just pap shots of them sneaking in smooches and pecks here and there -- it seems clear that Jen and Ben aren't trying to hide the PDA anymore ... which you can tell from these photos of them on the yacht's deck.

Check it out -- Ben straight-up grabbed himself some ass onboard ... or at least gave it a nice little pat. That seemed to get Jenny's attention, because she came up and rewarded him with a kiss, and then proceeded to make moves like she was getting on top of him.

BTW, if this imagery looks like something you've seen before ... it's because you have. This seems to be a recreated scene straight out of Jen's "Jenny From the Block" music video from back in the day (when she and Ben were still dating) ... which features something similar.

Definitely appeared to be intentional too, 'cause there was a photog on hand snapping pics of them doing the butt thing. Boy, talk about art imitating life ... on purpose. 😄

Anyway, they sure are enjoying each other ... and we gotta say, Bennifer hasn't looked better than what we're seeing here. Speaking of that, J Lo touched on that in a video she threw up for the gram, showing off what 52 can be, body-wise. Seems Ben was playing cameraman. 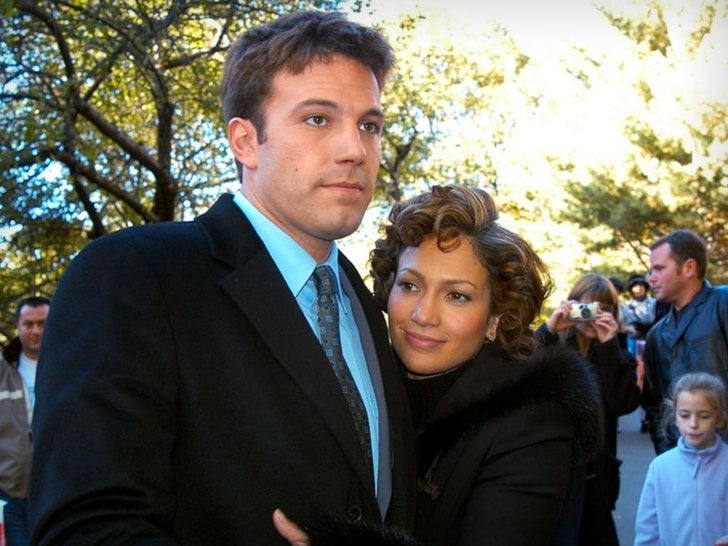 Newfound love some 20 years later. Funny how life works like that, huh? 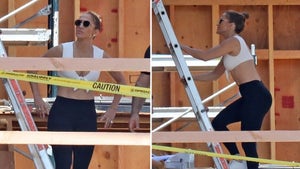