Celebrity dermatologist Dr. Alex Khadavi is under investigation by a governing body of medical professionals ... following his homophobic rant.

A spox for the Medical Board of California tells TMZ ... they're aware of Dr. Khadavi's recent episode and are reviewing it to see if any disciplinary action is warranted.

As for what that punishment could include ... the board wouldn't speak specifically to Khadavi's case, but did say the range of possibilities include everything from public reprimand to license revocation when it comes to violating the standards of patient care. Of course, Khadavi's incident didn't involve patient care, but was disturbing nonetheless.

The Board also pointed out Dr. Khadavi has no record of discipline on his license at this time.

As we reported ... Khadavi was caught on camera having a meltdown in the lobby of his apartment complex -- where he made homophobic comments, including using the f-word. He appeared to be fuming over a couple of neighbors.

The neighbors -- a gay couple -- filed for a restraining order over this ... claiming they'd been told Khadavi had made mention of wanting to kill them, and that he also allegedly once flashed a gun at the concierge, seemingly to show he was packing and meant business.

Seeing how threats of violence have been alleged -- there's a criminal side to this story too. In the fallout from this rant from earlier this month, law enforcement sources tell TMZ an investigation is already underway, and cops are deciding if charges will be sent to the D.A. 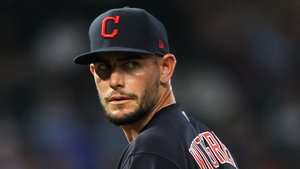