Deshaun Watson is open to settling with the 20-plus women accusing him of sexual misconduct -- but only if confidentiality agreements are NOT involved ... this, according to the NFL superstar's attorney.

The Texans QB's lawyer, Rusty Hardin, gave an update on his client's legal battle to ESPN on Monday ... saying he's not opposed to hashing out a financial settlement with accusers -- but any deal HAS to remain public.

"I do not want anybody to be saying that this guy paid off women to stay quiet and so, if there ever was a settlement of any kind, it would have to be public and therefore both sides, [Watson] and the women, would be able to say to the world at large whatever they wanted," Hardin said.

As for the accusers, lawyer Tony Buzbee has previously made it clear there will not be any settlements ... saying, it's "not happening."

Hardin also says 10 women have filed criminal complaints with police ... adding 2 of those women are not involved in the civil case.

Hardin says the NFL has not spoken to Watson yet ... but reiterated he will be fully cooperative with any potential investigation. 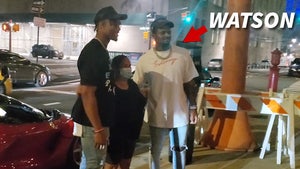 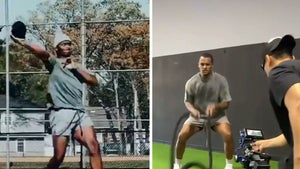