Someone's about to fork over good money for decades-old cake ... which shows you how much of an event Princess Diana and Prince Charles' wedding was way back in the day.

The 28-ounce slice, preserved in plastic wrap and stored in a decorative tin for 40 years, is going up for sale August 11 -- and the winning bid is expected to come in at a cool $700. Not a huge amount of money in terms of celeb memorabilia, but ... for old cake???

As you can see ... the slice still has the royal coat of arms decoration ... and it looks like no one's managed to sneak a bite -- if anyone even would, after all these years. 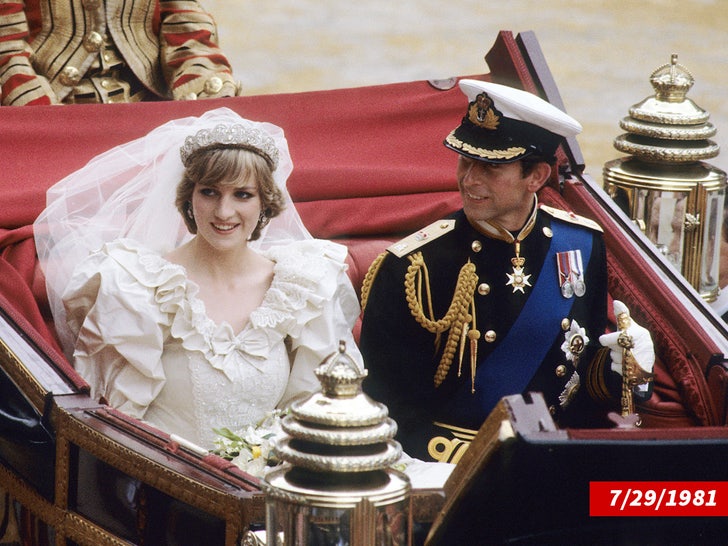 The sale announcement comes on the very day marking what would've been Charles and Diana's 40th anniversary. The royal wedding -- aka "Wedding of the Century" -- went down July 29, 1981 at St. Paul's Cathedral in London with 3,500 guests attending in person. Another estimated 750 million people tuned in across the world.

The slice of wedding cake going up for sale was given from the Queen Mother (Queen Elizabeth's mom) to Moyra Smith, whose family sold the cake in 2008 to a collector.

The winning bidder won't walk away with only a slice of 40-year-old cake ... the piece comes with a royal wedding breakfast program, details on the ceremony and an order of service for the wedding. 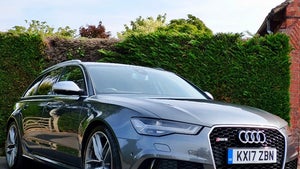 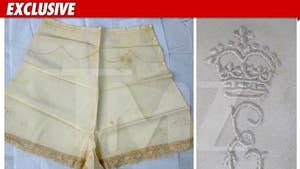