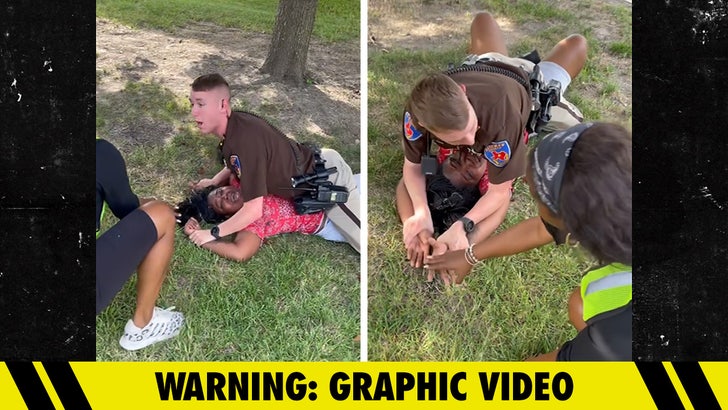 A white cop mounted a Black teen in Texas, who was being smothered by his body weight and screaming "I can't breathe" ... all this to apparently prevent her from killing herself.

18-year-old Nekia Trigg had 911 called on her Tuesday after she was spotted in a Forney, TX neighborhood partaking in what eyewitnesses seemingly thought was suicidal behavior -- namely, allegedly walking in front of cars in what some took as attempts at self-harm.

A Kaufman County Sheriff's deputy is said to have shown up shortly thereafter, and seems to have physically intervened ... which is where the video starts -- after Nekia's family members showed up to the scene and started recording a chaotic 7-minute plus episode with officers. 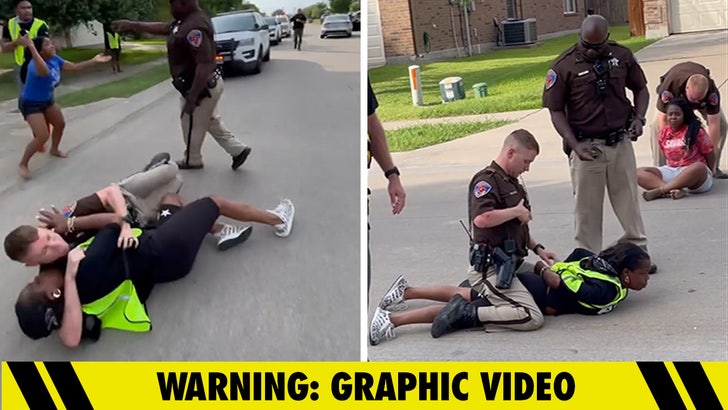 At the moment the clip begins, you can see Nekia pinned to the ground by the deputy -- ID'd as Officer Conner Martin -- who's literally straddling her and holding her arms down above her head. She's frantically screaming for help, and yelling out she's short of breath ... and appears to either be vomiting and/or foaming at the mouth throughout the ordeal.

Nekia's family plead with the officer, as well as others who show up not too long after, to let her up and that they can manage things ... but the cops insist on cuffing her to make sure she's okay -- as they clearly believe she's suicidal, saying the word a few different times.

The family disputes the characterization of what Nekia was doing from the outset, insisting she was simply walking across the street -- although, body cam footage the Kaufman County Sheriff released gives some context of what happened before, and Nekia does indeed seem distraught from the get-go ... but things escalate quickly with Officer Martin.

Anyway, they eventually get Nekia up and start to escort her to a police cruiser ... at which point her mom jumps in and appears to get physical with some of the cops as well.

The cops end up restraining her too, and they ultimately arrested her for assault of a public servant, among other charges ... so says the woman's other daughter, who posted this footage. Nekia ended up getting taken to a hospital for psychiatric evaluation. 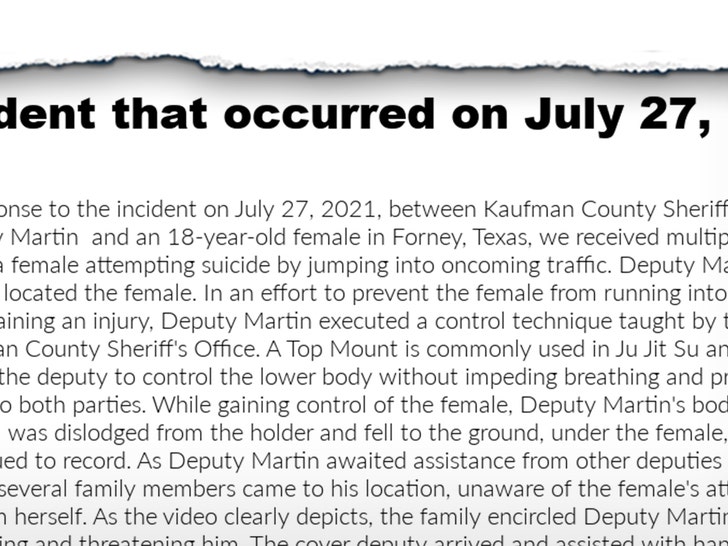 The deputy in question is on administrative leave as the department investigates, but in their press release over this ... they claim multiple calls came in reporting the same thing -- that Nekia was clearly trying to hurt and/or kill herself by jumping into oncoming traffic.