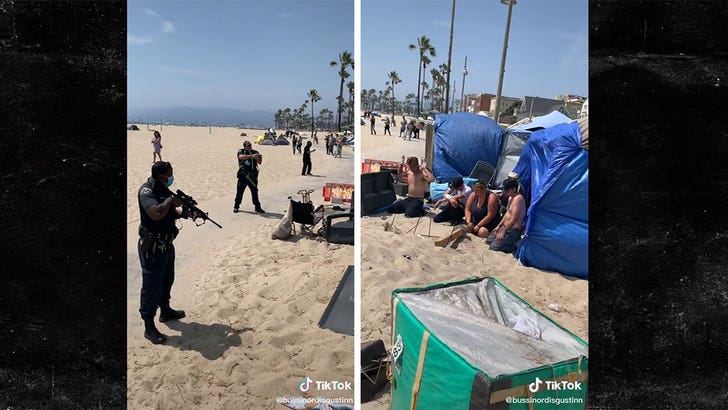 Venice Beach is looking like a war zone -- this footage shows police officers armed with assault rifles detaining a group of homeless people, but cops say the tense incident was misrepresented on social media.

The video does seem rather menacing -- the heavily-armed LAPD officers were questioning 5 homeless people sitting on their knees in front of a makeshift encampment, with their hands in the air.

Law enforcement sources tell TMZ ... this happened in the afternoon of July 25, when police got a call reporting a man brandishing a gun and threatening someone.

We're told police found a BB gun in the area, but no one was arrested because cops could not find a victim. Our sources say it's routine for cops to respond with heavy firepower when they get a call about a person armed with a gun. 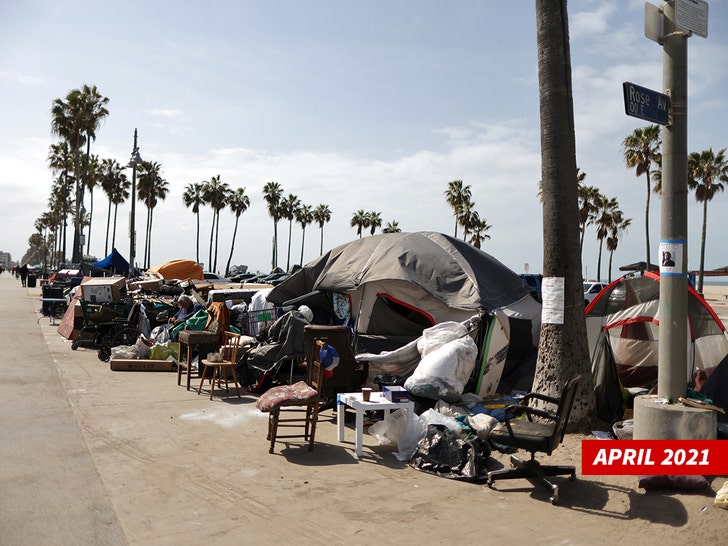 Someone had tweeted the video and said the cops were evicting the homeless at gunpoint ... which sparked, understandable, outrage. However, we're told none of the people in the video were removed.

As we've reported, the homeless situation is at crisis level in L.A. County, in general, and especially in Venice ... and lots of folks are still on edge. 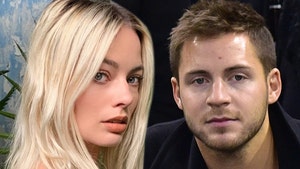 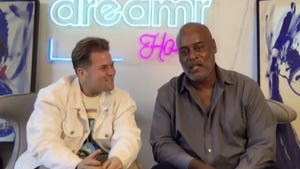