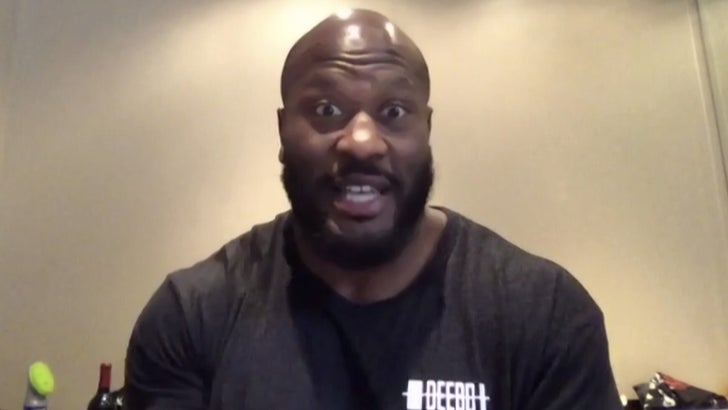 Ex-NFL star James Harrison says there's no need for a stunt double on the set of his new wrestling TV show ... revealing he does his ALL his own moves -- and it hurts!!!

As we previously reported, the former Pittsburgh Steelers linebacker is taking his talents from the gridiron to the screen ... kickstarting a career in acting after 15 years in the NFL.

Harrison plays a journeyman wrestler named Apocalypse in the new Starz show, "Heels" ... which is about 2 brothers going to war with their rivals over their father's wrestling promotion in a small Georgia town.

Harrison joined "TMZ Live" to talk about his new gig ... and he says he's really doing all the complex moves himself!!

"The pain is real but the actual competition of it is not," Harrison said.

"The things that we're doing, we're actually working with each other to make sure that we do it safely and make it look painful as possible."

The 43-year-old ain't afraid to do anything -- from "jumping off the top rope, landing on someone, someone landing on you, taking a clothesline, taking a bump, when you hit your back on the mat, whatever -- that is real!

In fact, 6-foot, 242-lb. Harrison tells us the first time he flipped out of the ring ... injuring his right knee, which required a 2-month break from shooting.

It's obvious Harrison -- who won 2 Super Bowls with the Steelers -- is taking acting very seriously ... and he's coming for The Rock's job! 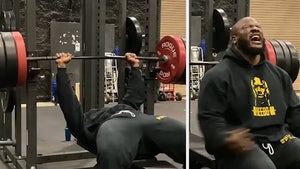 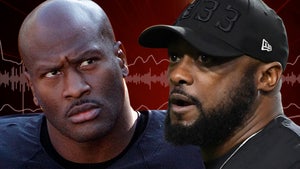