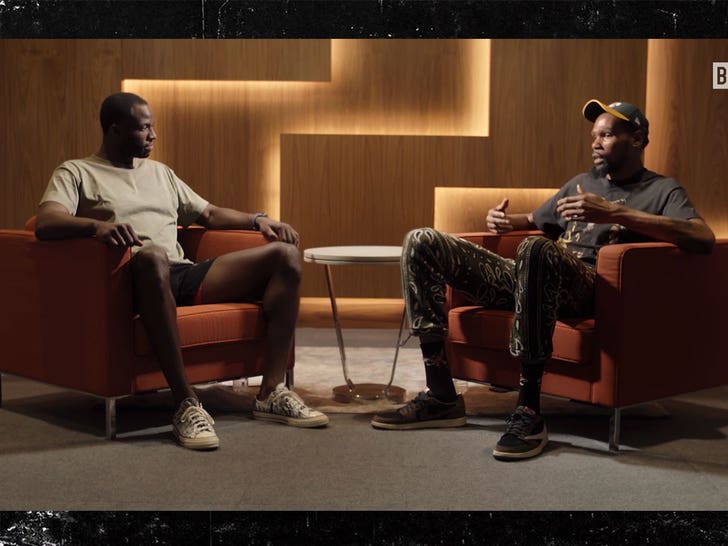 Kevin Durant is finally opening up on his sudden breakup with the Warriors ... saying the way Steve Kerr and GM Bob Myers handled his public spat with Draymond Green sparked his departure.

The heated altercation went down in Golden State's game against the Clippers in 2018 ... when KD and Draymond went after each other over poorly executed possessions toward the end of regulation.

Both guys went off in the huddle and had to be separated ... and KD infamously mouthed "That's why I'm out."

Now, both stars are setting the record straight ... getting to the bottom of the whole thing in a sit-down with Bleacher Report.

"It wasn't the argument, it was the way that everybody -- Steve Kerr act like it didn't happen, Bob Myers didn't try to just discipline you and think that that would put the mask over everything," KD said.

"I really felt like that was such a big situation for us as a group the first time we went through something like that. We had to get that s*** all out."

KD compares the situation to a scene from "The Last Dance" ... when all Scottie Pippen's teammates called him out for refusing to enter a game in the final seconds in a 1994 playoff series.

Durant says that's the kinda reaction he and Draymond should have gotten -- but didn't.

"We needed that!" he added. "We just needed to throw all that s*** on that table and say, 'yo Dray, K, that was f***ed up that we even had to go through that. Let's just wipe our hands with that and go finish the task.'"

Draymond says Myers and Kerr sat him down and tried to make him apologize for the incident ... and he laughed in their faces.

Draymond was suspended one game without pay for the altercation ... and the Warriors would end up losing to the Toronto Raptors in the NBA Finals.

KD would leave shortly after -- joining Kyrie Irving and the Brooklyn Nets.

After all these years, it's good to bury the hatchet and move on. 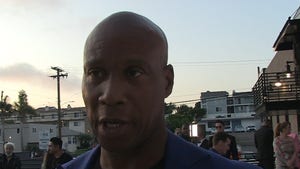