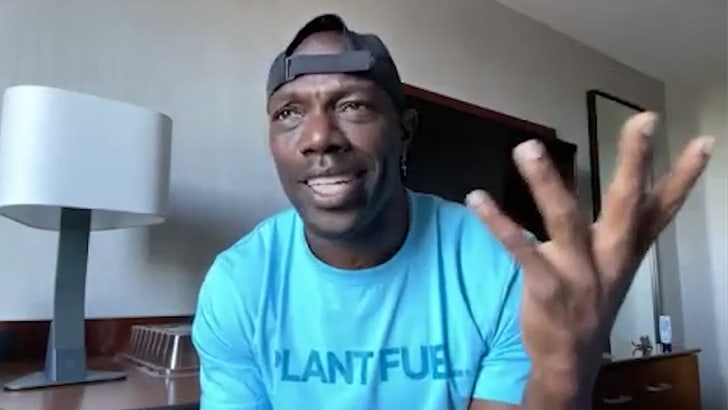 Terrell Owens says Tyreek Hill is pretty fast ... but he ain't fast enough to beat Usain Bolt in a race -- telling TMZ Sports the idea of a battle on the track between the two is straight-up "comical!"

There's been talks about a possible race between the Chiefs star and the Olympic legend for months -- with Bolt most recently saying on "The Dan Patrick Show" he's fine upping the stakes for the run.

Here you go... Usain Bolt vs. Tyreek Hill in a 70 meter dash. @UsainBolt says he'll put up a gold medal if Tyreek puts up his Super Bowl ring. You in @cheetah? We'll set it up for the week after the Super Bowl. Let's do it! pic.twitter.com/YLY3YUq57I

Patrick suggested Hill put up his Super Bowl ring, while Bolt put up one of his gold medals -- and the track star was fine with the idea!

Hill said he'd be up for it too ... but when we asked Owens who would win, the Hall of Famer laughed.

"So, to think that he can beat Usain Bolt!?! I mean, straight up, there's no way possible. I mean, have you seen this guy run?!?"

Bolt is considered one of the fastest men that's ever lived ... and while Hill is speedy (he ran a 4.2 40-yard dash back in 2016), Owens made it clear he'll NEVER put his money on Hill in this battle.

"He'll have a better chance at trying to possibly race me and maybe beating me by a number of yards but he's not touching Usain Bolt!" Owens said. "That's not even happening!" 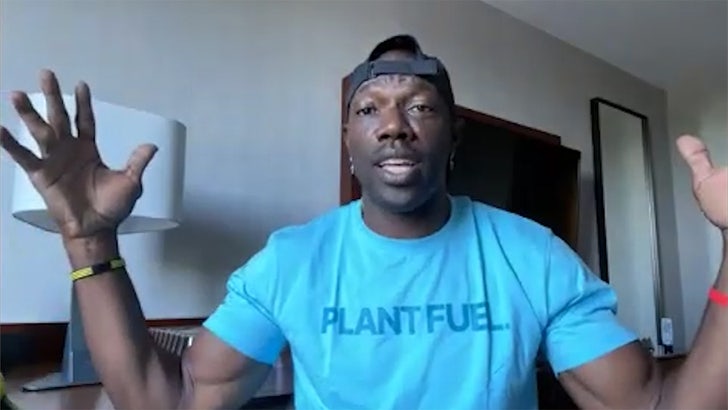 Owens, meanwhile, is gunning to set up his own high-profile race ... telling us he's down to put $100K on a sprint with ex-NFL wideout Brandon Marshall!

"He called me out!" Owens said of Marshall. "He wagered 100K to race me in a 60-meter that has yet to be done because he keeps backing out. He's backed out on me twice!"

"So, if I could say anything to Brandon right now ... Brandon, don't be a coward!" 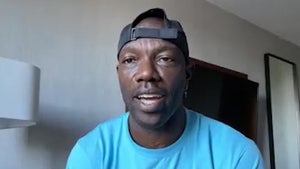 Terrell Owens Gunning For NFL Comeback At 47 Years Old, 'I'm Not Washed Up' 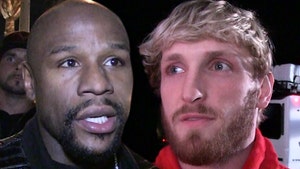