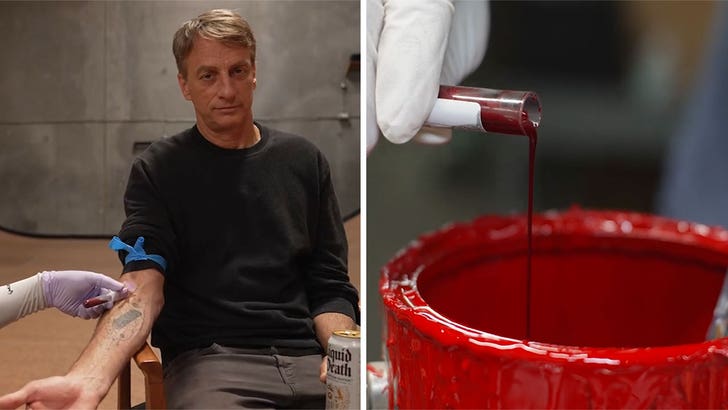 Ever wanted to ride a skateboard with Tony Hawk's blood INSIDE of it?!

You're in luck ... 'cause the skate legend has just released a line of boards that have a vial of his blood infused into the decks' paint jobs!!!

The 53-year-old skater teamed up with Liquid Death, a canned water company, to make the rides ... and they're gnarly.

Liquid Death documented how they were made in a video released Tuesday ... showing how Hawk's blood was drawn from his arm and eventually poured into the red paint that was used for the skateboards' graphics scheme. 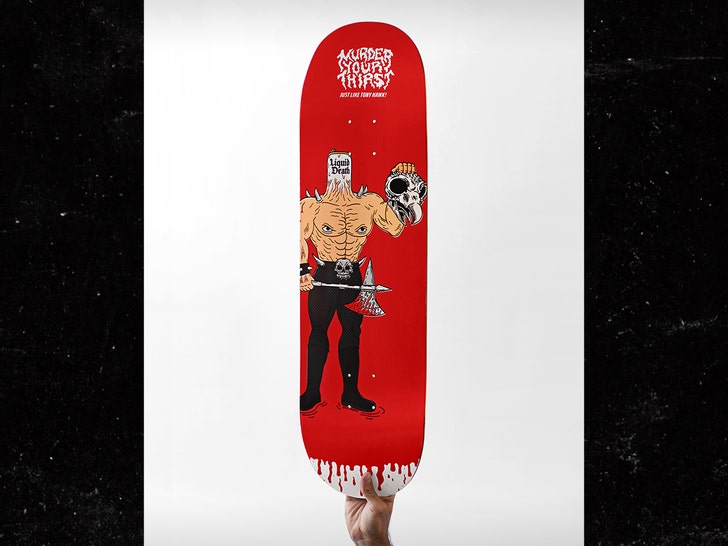 Liquid Death says the boards -- which feature the company's "It's the Thirst Executioner" character holding a hawk skull and a bloody ax -- are limited to a quantity of just 100 ... and are currently selling for $500 apiece.

The water co. adds that each ride will come with a certificate of authenticity ... and Hawk says he's in love with it all. 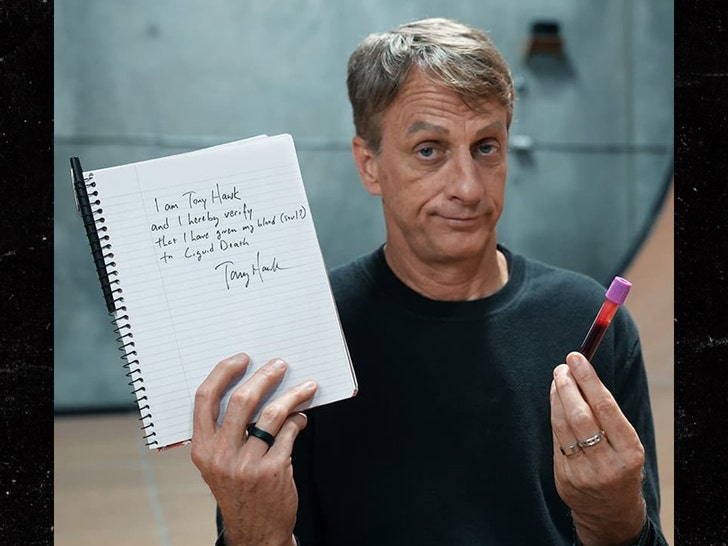 "I am deeply thankful to have a connection with my fans, and I appreciate how Liquid Death connects with theirs," said Hawk, who added that he just recently became an ambassador for the water company.

"This collaboration is taking those connections to a new level, as I have literally put my blood (and soul?) into these decks."

Hawk continued, "And I take pride in knowing that organizations fighting plastic pollution and creating skate parks worldwide will be supported through our efforts."

Hawk says a percentage of the proceeds from the rides will go to Hawk's The Skatepark Project as well as 5 Gyres, an environmental nonprofit organization. 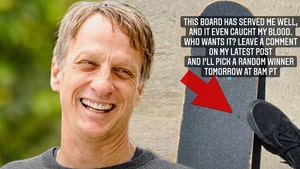 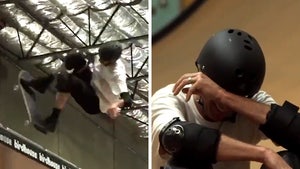