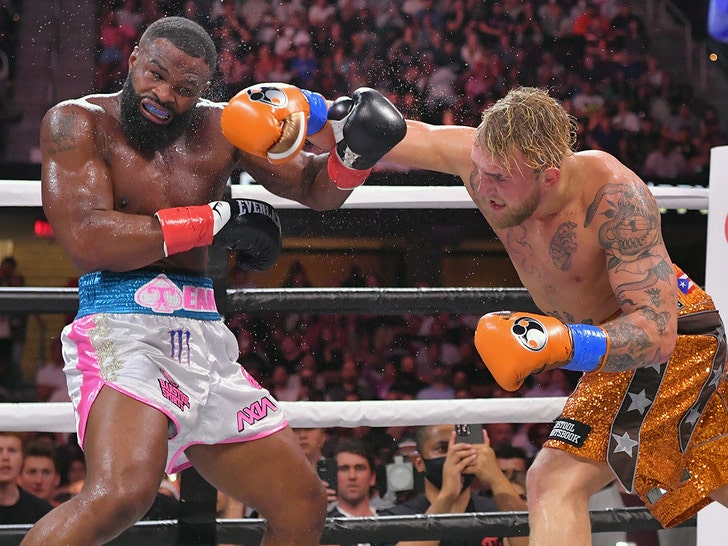 3:46 PM PT -- Sunday night was the last time Paul will EVER step back in the ring ... at least, that's what he's saying on Twitter -- claiming he's now a "retired boxer."

Take this with a grain of salt -- Paul's been known to take a page out of Conor McGregor's book ... and who knows how many times that guy's retired and un-retired.

Then again, there are reports the fight had INSANE Pay-Per-View numbers, which means Paul will get a fat paycheck ... but still, the guy's only 24 and is one of the top paid fighters in the sport.

Jake Paul just beat future UFC Hall of Famer Tyron Woodley via a split decision victory -- and then the fighters seemingly agreed to a rematch in the ring.

24-year-old Paul fought a good fight ... and was the more active fighter over the 8 rounds.

Woodley had his share of positive moments ... stunning Paul near the middle of the 4th round.

After the fight, during the post-fight interview -- which went down in front of a packed house at Rocket Mortgage FieldHouse in Cleveland (Jake's hometown) -- the guys came face-to-face and seemed to agree to a rematch.

The condition ... if Woodley got the "I Love Jake Paul" tattoo done. 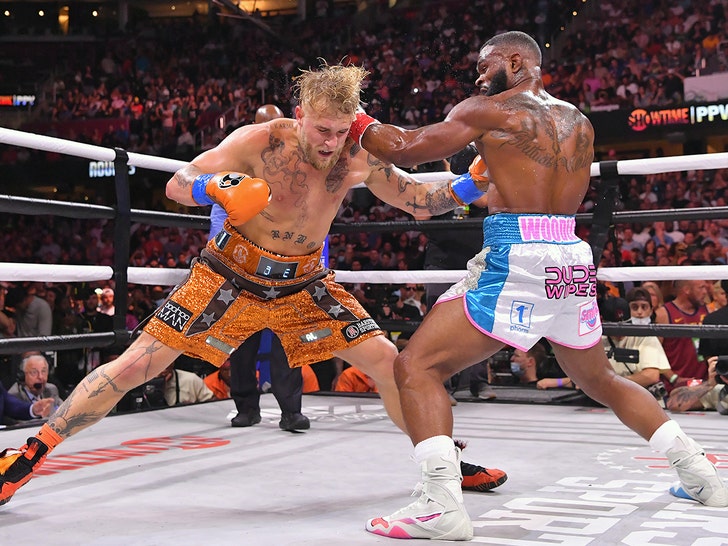 The action wasn't just in the ring ... stars like Dave Chappelle, Dustin Poirier, Andre Berto and a bunch of Olympians from Ohio were in the building.

Chappelle was REALLY into the fight ... jumping up-and-down behind the ring for nearly the entire scrap. 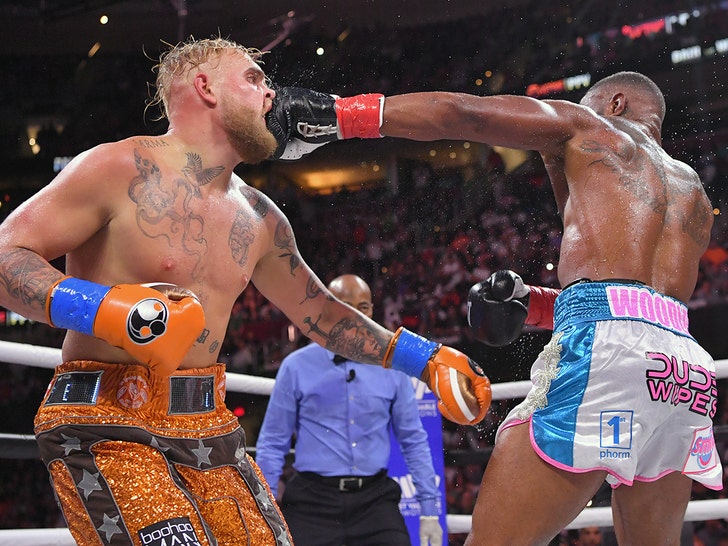 Paul said Woodley put up a better fight than he expected ... but called the split decision "bulls**t."

And, Jake won in more way than one ... sharing a post-fight kiss with GF Julia Rose.

As for the rest of the card ... Tyson Fury's bro, Tommy Fury won a 4-round unanimous decision victory over Anthony Taylor.

After getting his 1st dub on American soil, Tommy called out Jake ... challenging him to a fight. 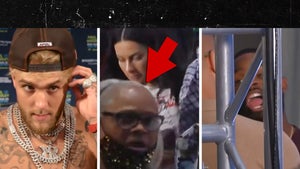 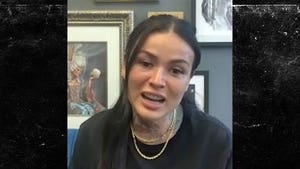