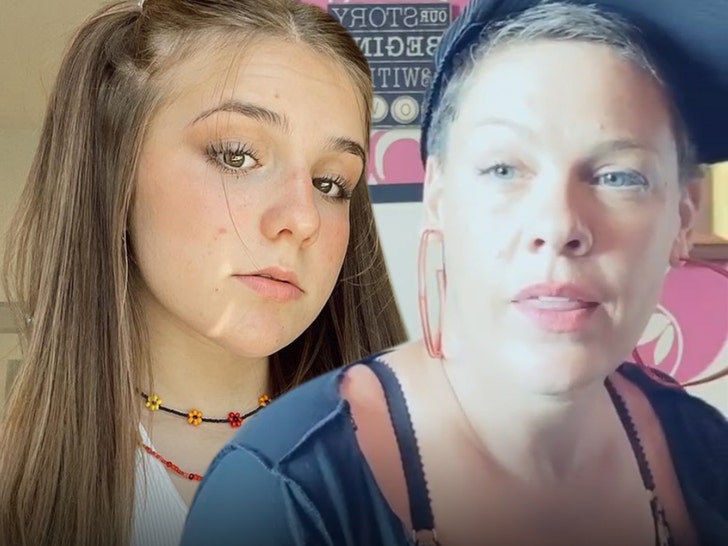 P!nk seems quite concerned a teen influencer is being used by her parents in an unsettling way -- but the kid's speaking for herself, saying she is in the driver's seat here.

Piper Rockelle -- a YouTuber who just turned 14 -- tells TMZ ... "The first thing I want everyone to know is that my mom doesn't make me do anything. Quite the opposite, I'm a kid who had a dream and my mom is amazing enough to help me live it out." 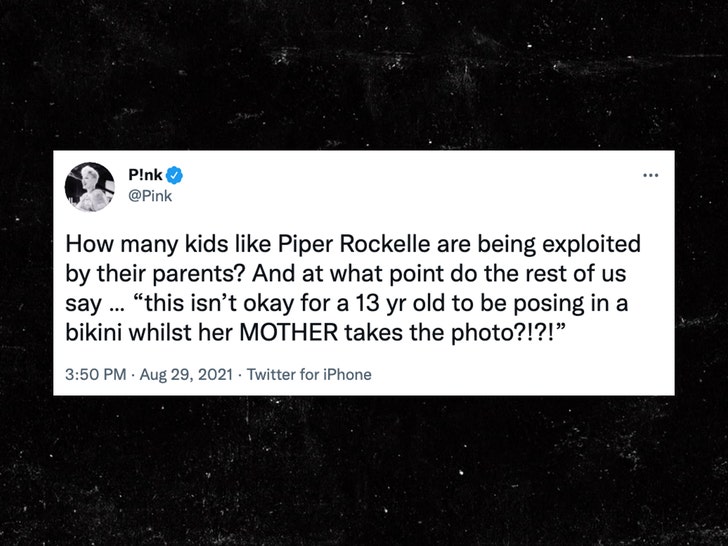 She adds this of P!nk's worries ... "I don't think P!nk has ever seen one of my YouTube videos because if she did she'd see it's just my friends and me having fun and acting like ourselves. The content we make is the kind of stuff anyone can watch."

ICYMI ... P!nk took to social media over the weekend to address what she considered the over-sexualization of children -- and specifically name-dropped Piper to make her point. The singer seemed to take exception with a bikini photo posted to Piper's IG recently.

Piper touches on that too, telling us she rocked the bikini 'cause ... well, it's summer, adding she doesn't see anything sexual about a 14-year-old wearing a 2-piece in and of itself.

The YT'er told us she just did a crash course on P!nk, and learned she started following her dreams for stardom right around the same age Piper is now ... so, she questions why P!nk's giving her flak for doing the same thing.

She says, "I know there are kids who are being taken advantage of and that's a real problem, but I'm not one of them." 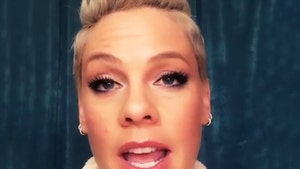