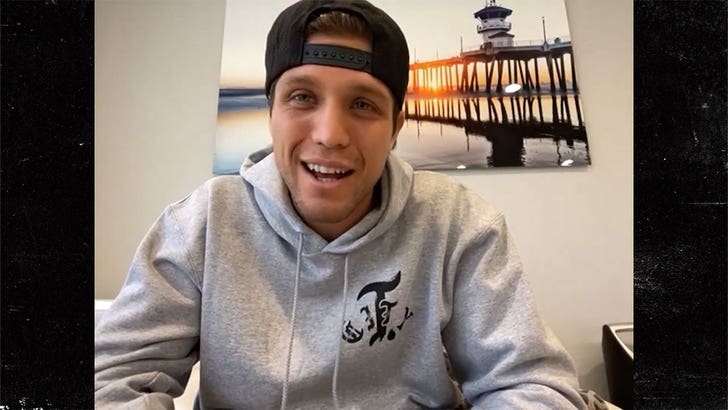 Almost 3 years after badly losing to Max Holloway, Brian Ortega is back, fighting for the UFC's featherweight title against Alex Volkanovski ... and if he wins, T-City has revenge on his mind.

TMZ Sports talked to 30-year-old Ortega -- the #2 ranked 145-pounder in the UFC -- just days before he headlines UFC 266 against Volkanovski.

Brian is a slight underdog ... but most expect a very close fight. And, if he wins the strap ... Ortega knows who he wants next.

"[Fighting Max Holloway] would be ideal. I'm not trying to speak ahead, nor am I trying to get past Volkanovski, right, cause he beat Max twice," Ortega told us. 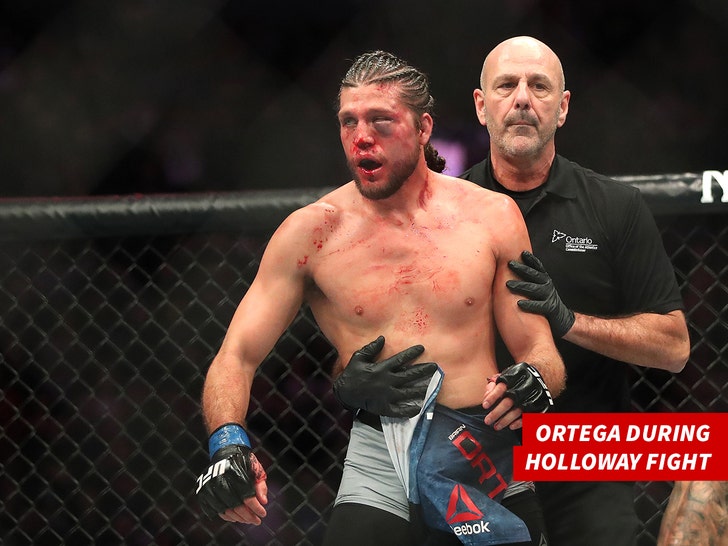 T-City continued ... "I'm not here to say I'm already celebrating. But, that would be ideal. I'm a better person, better fighter than I was when I fought him. And, watching his last fight, so is he."

You may remember ... Ortega lost to Max via doctor's stoppage in the 4th round at UFC 231 in 2018. Brian, who kept coming forward despite eating an ungodly amount of punches (and breaking his hand, dislocating his thumb, among other injuries), would not quit.

Brian took almost 2 years to heal up ... but once he did, he looked fantastic in the Octagon, toying with Chan Sung Jung a.k.a. the Korean Zombie in October 2020.

Ortega admits he looks at the 1 blemish on his otherwise perfect resume (15-1) ... and it ticks him off.

But, first things first, Brian knows he has his hands full with Volkanovski -- who last lost in 2013 -- next Saturday in Las Vegas. 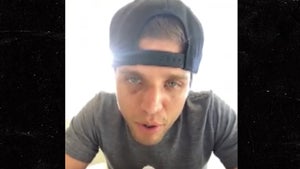