Drake's jumper clearly still needs some work ... 'cause cameras have caught him airballin' yet another shot on the court -- this time in a 1-on-1 game with Tory Lanez.

The whiffed shot all went down in Miami (unclear exactly when) ... when Drake was getting in some run with his fellow rapper.

#drake and #torylanez playing 1v1 in #miami 👀🏀 Who you got your money on?! pic.twitter.com/FaQ8emIyA8

You can see in some footage of the two musicians' workout, Aubrey pulled up from deep against Lanez, shot the rock ... and then hit nothing but court.

To his credit, he didn't seem too downtrodden after the shot -- and Lanez somehow didn't even talk smack!

Of course, missing rim, backboard and net is nothing new for the "Certified Lover Boy" rapper ... 'cause, you'll recall, back in 2014, he famously missed a shot while in a layup line with the Kentucky men's basketball team.

Unclear who ultimately ended up winning the 1v1 match ... but something tells us if Drake didn't lock in the jumper -- Lanez probably made it a long afternoon in the gym for Drake. 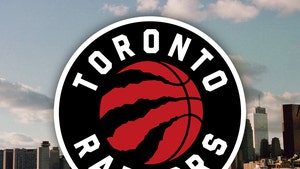 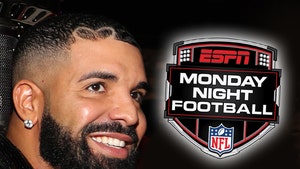