Gabby Petito's boyfriend, Brian Laundrie, allegedly slapped and hit her in the run-up to them being pulled over and questioned by a cop in Utah, shortly before she vanished ... this according to a 911 caller, who claimed to have witnessed violence.

FOX obtained the 911 call in question, which was placed on August 12 near Moab, Utah -- not too far from where Gabby and Brian were eventually pulled over later that day by a city cop, whose body camera captured a distraught Gabby ...  and Brian unseemly denying anything had happened between them.

Check out the audio ... you hear a man tell the operator he's calling to report a domestic dispute he says he saw in town, going on to paint a picture of the white van Gabby and Brian had been traveling in, while also providing a license plate number ... and descriptions of both of them.

When the operator asks point blank what he saw them doing ... the guy doesn't hesitate -- he says he saw the man slapping and hitting the female, then both of them running up and down the sidewalk ... and finally jumping into the van and driving off.

Not long after this, Gabby and Brian were, in fact, stopped by a Moab officer and questioned. While neither Gabby nor Brian admitted to any physical confrontation -- it was clear the former was having a hard time and going through some sort of a breakdown, as she started to cry in front of the cop. Brian, for his part, said they'd just been arguing ... nothing more.

Interestingly enough, FOX reports that an official police account of this entire incident claimed "no one reported that the male struck the female" -- which appears to be contradicted here.

As we reported ... the feds announced Sunday that they believe they found the remains of Gabby's body in a national park in Wyoming, one of the last places she's said to have been with Brian -- who came back to Florida solo, and who has since gone missing himself.

Police have called him a person of interest, but have stopped short of saying he's a suspect -- however, they are searching his parents' home, where he lived, which is being deemed a crime scene. 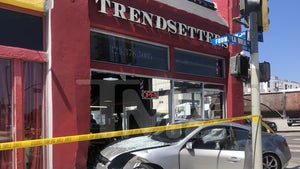 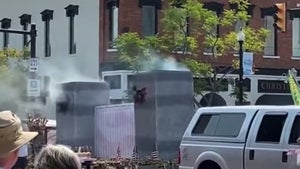