It's that time of the year again -- "The Masked Singer" is on a roll ... and wouldn't ya know it, there might be Kardashian clout among the contestants. You heard it here first, folks.

Production sources tell TMZ ... somebody in and around the Kardashian empire will be all costumed up for this season from head to toe, and if that manifests like we're hearing ... they'll be singing their heart out as part of next week's Group B premiere. 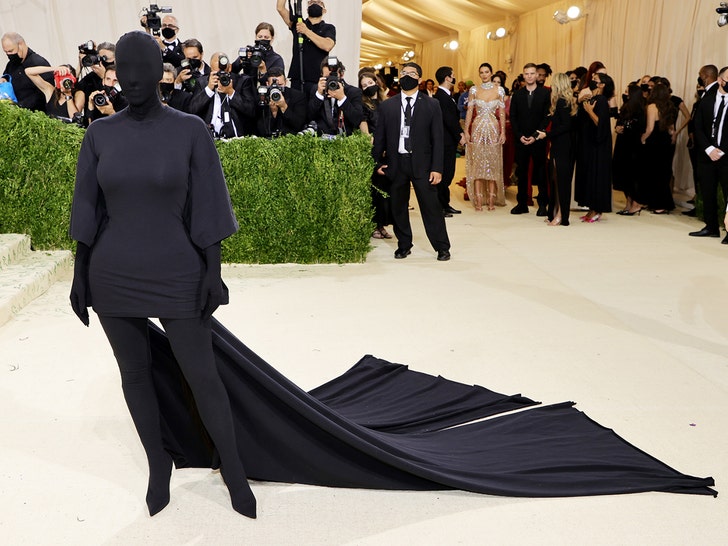 Kiiiinda makes you wonder if Kim K was on to something last week at the Met Gala ... or perhaps telegraphing what's to come on the big stage. She herself was fully covered in something very similar. 😅

Anyway, we know what you're thinking -- the Kardashian clan is pretty damn big, so it could literally be anybody. True ... but you gotta figure that if it's any one of the sisters (sans Khloe and Kendall, who are tall AF) the costume they get stuffed in might match that height.

One person we're sure it WON'T be is ... Caitlyn Jenner. She showed up last season as the Phoenix, and got the boot relatively early. So, yeah ... they ain't gonna be double-dipping there. It's gotta be someone else entirely -- only question is ... who???

Oh and FWIW, we've learned that one of the BEST singers this season will be unmasked in the first few weeks ... in what many backstage are calling one of the biggest upsets ever.