He's baaaaaaack!!!! (reportedly) -- Odell Beckham will make his big return to the Cleveland Browns this Sunday ... 11 months after going down with a season-ending injury.

Remember, OBJ tore his ACL in a Week 7 matchup against the Cincinnati Bengals ... and has been busting his ass in recovery ever since.

He's been busting his ass during rehab ... from running on treadmills to heavy lifting to other drills. 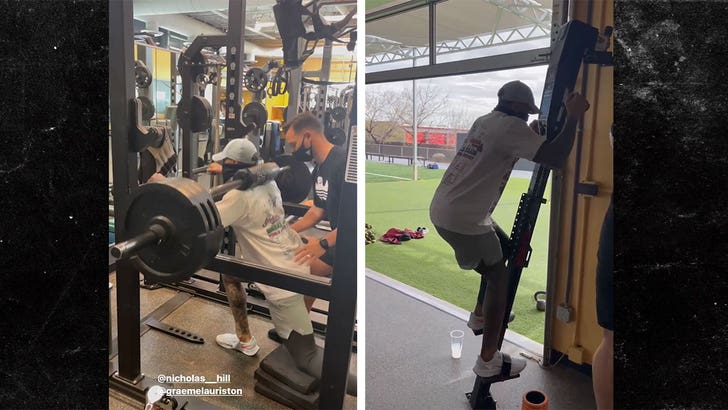 Odell has been participating in team warmups the past 2 weeks in hopes of getting back on the field ... but the Browns wanted to make sure he was back to full health before giving the green light.

Now, ESPN's Jordan Schultz is reporting #13 WILL be in action against the Chicago Bears this weekend ... that is, "barring any final setbacks."

Odell Beckham Jr. is smiling, but isn’t ready to absolutely say he will play against the Bears on Sunday. #Browns pic.twitter.com/UvgFLm50n6

It's great news for Browns fans -- Odell was missed in a loss against the Kansas City Chiefs in Week 1 ... and after Jarvis Landry went down with an injury in a win against the Houston Texans, the return couldn't have come at a better time.