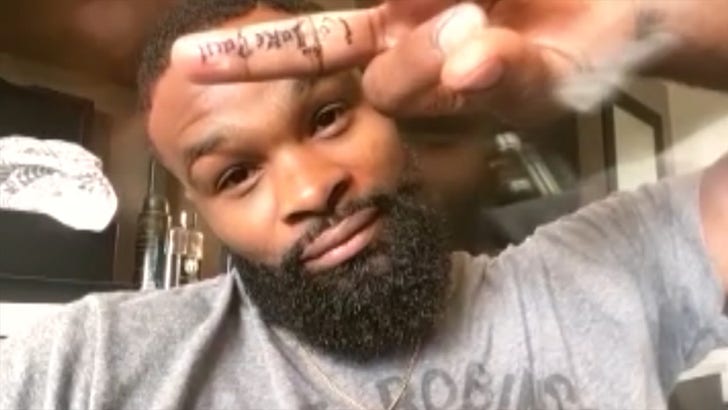 HE ACTUALLY DID IT!!!

Tyron Woodley stayed true to his word and FINALLY got "I Love Jake Paul" tattooed on him ... with the UFC star having the phrase inked on the inside of his middle finger!!

Of course, it took a lot to get here -- Tyron initially claimed he would hold up his end of the tat bet only if Jake gave him a rematch after his split decision loss back in August.

Woodley said he was down to get the ink right after the bout in Cleveland, but no one was around after the fight to make it happen. 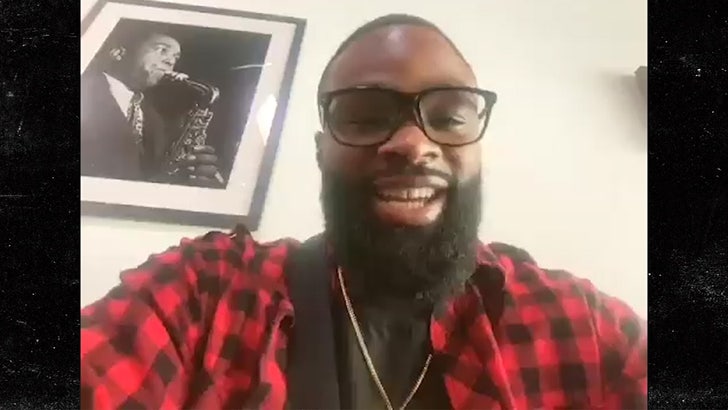 But, even after Jake shut him down and moved on to negotiations with Tommy Fury (which ain't going so hot, BTW), Tyron revealed last week he was going to follow through and get the tat this weekend -- rematch or no rematch.

Woodley clearly wasn't bluffing, 'cause now he's showing off the new work on Monday ... which shows an up-close shot of his new piece.

"I love you son," Woodley captioned the post on Instagram. "Now come and get this ass whippin cause i heard you been talking back to your elders. @jakepaul #ManOfMyWord"

No word on if this is enough to persuade Jake to take the rematch ... but we're sure he's bound to respond at some point. 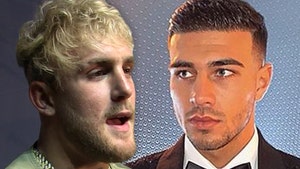