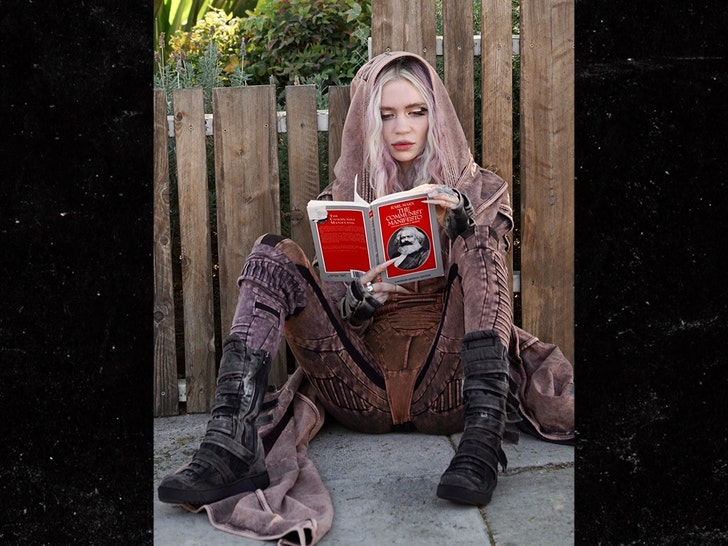 Grimes is going from the partnered-with-billionaires club to the power-to-the-proletariat one in a flash after ending things with Elon Musk -- just check out her reading material!

The singer was spotted walking the streets of L.A. with Karl Marx's "The Communist Manifesto" in hand ... and a wacky D&D-esque outfit to boot. Grimes hammed it up for the cameras, it seems, as she posed alongside a fence, near a street sign and elsewhere. 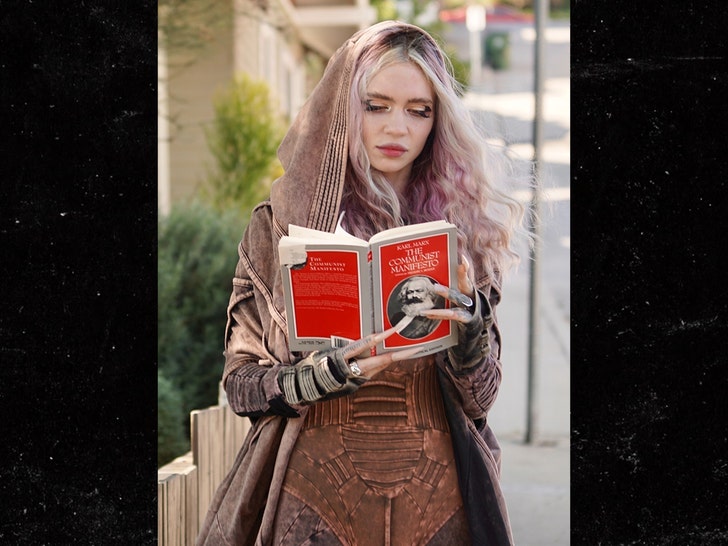 It's the first time she'd been spotted out and about since she and her baby daddy announced they were going separate ways. 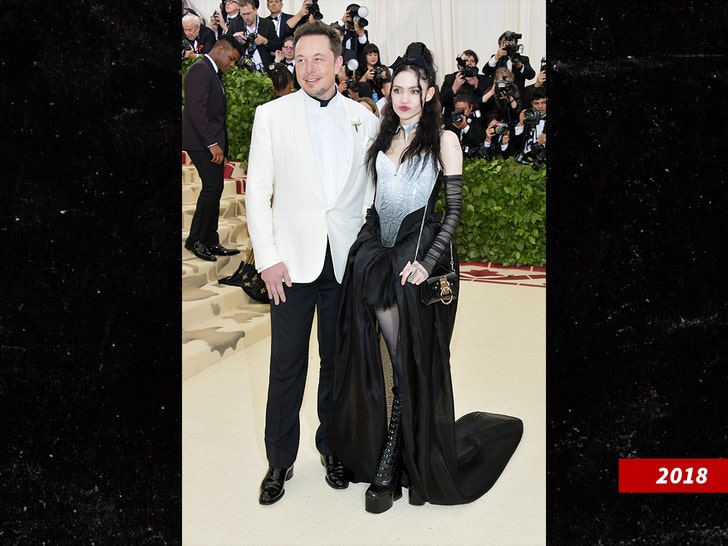 Seemingly having fun with photogs, Grimes writes, "paparazzi followed me 2 a shoot so I tried 2 think what I could do that would yield the most onion-ish possible headline and it worked haha."

paparazzi followed me 2 a shoot so I tried 2 think what I could do that would yield the most onion-ish possible headline and it worked haha pic.twitter.com/9w8pPwIFAq

So, yeah ... looks like she knew what she was doing by busting out that old book, the ultimate irony after being with EM for so long -- who's ridiculously wealthy (damn near $200 billion).

As for her out-there look, Grimes had this to say ... "taught myself to stop checking if other ppl think I’m socially acceptable a long time ago.  Worrying about being cringe is the enemy of art, failure tolerance is essential for creativity.  Deciding not to be mad at ppl enjoying life is ok White heart." 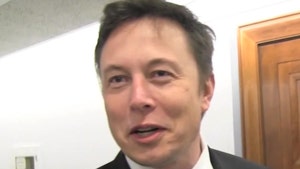 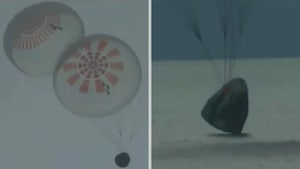 Civilian SpaceX Crew Returns to Earth After Orbiting for 3 Days