Johnny Depp might be considered a pariah in the U.S. -- but the guy's still got the love and support of LOTS of fans outside the country, especially in Italy ... where he's a rock star.

Check out these clips of JD showing up Sunday to the premiere of his new animated TV series, "Puffins," at the Rome Film Festival ... hitting the red carpet with a swarm of people cheering him on and singing his praises from afar as he graciously waved and played along.

Seeing you is the best birthday gift ever
♥️😭 #johnnydepp 🙏 pic.twitter.com/n5zYTqnaYF

You can tell Johnny is grateful for these folks having his back ... taking his time to acknowledge everyone, bowing down to them at one point, and blowing kisses to everyone screaming his name. Usually, celebs might just pose for the cameras front and center, but here ... he gave everyone on the outskirts a nod of appreciation.

Even on his way out -- through the back of a building, presumably where the premiere was held -- there was a mob of people waiting for him ... and there, too, he gave them the time of day. Eventually, he got into a waiting SUV -- but didn't seem to be in a hurry to scram.

Johnny's taking pictures of his fans. No, I'm not crying. 😭😭#JohnnyDepp ❤️ pic.twitter.com/g2WzQ2Alwe

It's a fascinating dynamic -- especially as it relates to his public perception on the home front ... where the guy has claimed he's been blacklisted and ostracized over his defamation case in the UK, which effectively saw him branded as a "wifebeater" against Amber Heard.

He was quickly fired from projects he was attached to at the time -- and hasn't been able to land a mainstream Hollywood gig since ... and yet, many Europeans still welcome him with open arms -- while seemingly harboring hostility toward AH ... as we've recently seen. 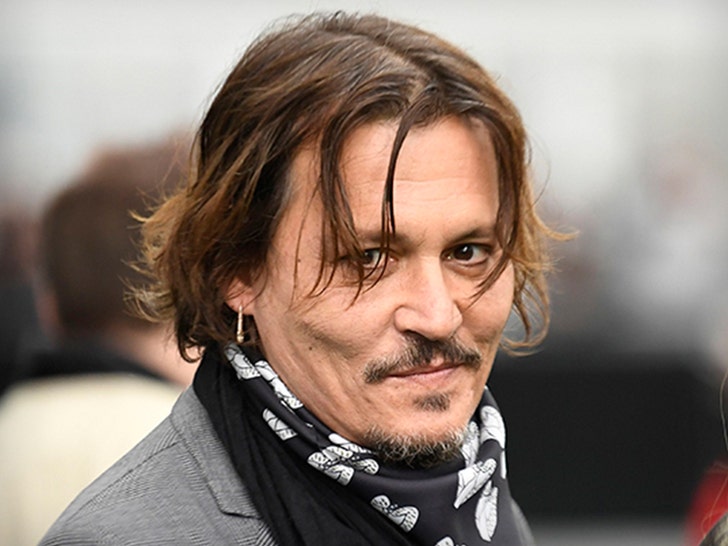 Perhaps they're not as inclined to believe what's been alleged against him -- even after a court case didn't go in his favor ... with another one on the horizon.

In any case, Johnny's star obviously still has some shine to some. 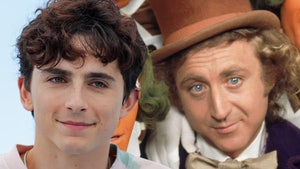 Timothee Chalamet Shows Off First Look of Himself as Young Wonka 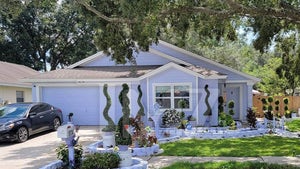