Great news for Darrell Taylor -- the Seattle Seahawks defensive end is doing well after being stretchered off the field in a scary moment during Sunday's game ... with coach Pete Carroll saying initial reports are "really good."

Taylor was carted off and taken to a nearby hospital after suffering an injury in the 4th quarter ... with players circling around him in support as he laid immobilized.

Carroll gave an update on Taylor's status after the 'Hawks' 23-20 loss to the Steelers ... saying all his initial tests came back clear and he was able to travel with the team.

The play where Darrell Taylor suffered a neck injury

"The CT scans were clear, so that's a really good preliminary report," Carroll told reporters. "There's some more tests to be done and stuff like that, so we're thrilled about that news."

Carroll says Taylor has full movement in his arms and legs ... and admits the pass rusher would have preferred to not have left the field the way he did.

"He was so mad about having to be taken off the field like that," Carroll added.

"He wanted to get up, they just wouldn't let him do it, because they had to do all the secure methods to take care of him and all of that. But man, he didn't want any part of that."

Taylor is one of the best defensive players for the 'Hawks ... with 4 sacks this season.

Awesome to hear Taylor is doing better ... and here's hoping for a quick recovery. 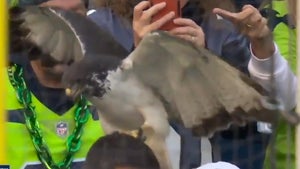 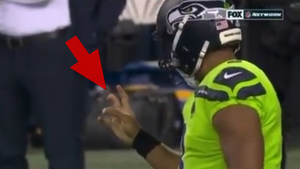