Cincinnati Bengals' C.J. Uzomah is making amends with a fan after messing up his phone during an end zone celebration this weekend ... by hookin' him up with a new one -- AND tickets!!!

If you missed it, the Bengals TE knocked fan, Sebastian Day's, phone out of his hand while trying to high five supporters after scoring a 4th-quarter touchdown against the Detroit Lions on Sunday.

Bengals RB Joe Mixon noticed the oopsie, picked up the phone and took selfies before giving it back to Day ...  and the whole moment went viral!

Day's phone was beat up from the unfortunate fall ... and word got back to Uzomah.

"I really wasn't too worried about it. I like the phone I have, and he said he should be able to hook me up with some tickets. I'd rather have the tickets than a phone."

His phone's a little beat up, but he'll never forget the day the #Bengals beat the Lions.

The story of a #Bengals fan's fumbled phone, a viral celebration and a direct message. @SebastianDay23 pic.twitter.com/qMVpH3oiGC

Well, Uzomah is awarding him with both ... the Bengals fan says he was offered the newest smartphone and tickets to either a Browns or Steelers game. 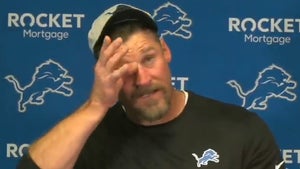 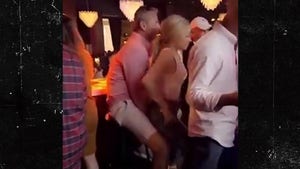