Netflix's top dog is apologizing for how his words about the Dave Chappelle special may have come across to some employees -- but he's not changing his actual stance.

Ted Sarandos gave some new thoughts on the drama over at his company that's been brewing for 2 weeks now -- confessing he "screwed up" in his initial email to Netflix staffers (which leaked), where he defended "The Closer," while also downplaying transphobic concerns.

The guy says he should've led those emails with humanity first, and acknowledged that there were a group of people that were hurting over the sheer nature of Dave's stand-up.

As far as what Sarandos says he might change in hindsight, he says he probably would've mentioned that content can, in fact, have real-world impact ... be it bad or good, something he seemed to dismiss by analogizing Chappelle's special to first-person shooter games.

That said, he's standing firm on his main point -- namely, that this special, specifically, does NOT fall under hate speech, does NOT cause real-world harm ... and won't be taken down. So, essentially, Ted's apologizing for how he relayed that sentiment ... not the sentiment itself.

He noted their business has to appeal to a variety of customers with differing tastes and views than some of his employees -- and that's just something they'll have to accept.

Sarandos also said content that literally has a call to action to cause harm or remove protections from a certain protected group would cross the line -- but he simply feels Dave didn't cross that with 'Closer' ... even if some at Netflix feel differently.

There are certainly a group who are still riled up over this -- because there's an employee walkout happening Wednesday that's in direct protest to Netflix's decision to keep it up.

BTW, even though Dave himself has been pretty mum on all the backlash -- seemingly not having a care in the world -- Sarandos says he's touched base with the comedian since a handful of times ... and said he seems to appreciate the support from Netflix. 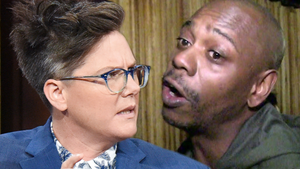 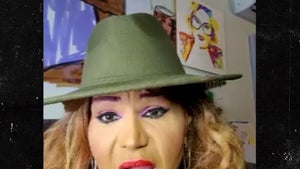