Tom Brady threw his 600th career touchdown on Sunday, but what he did after the game was the biggest highlight of the day ... by meeting a young fan who just beat brain cancer -- and giving him his game hat!!

The fan -- wearing a TB12 jersey -- was captured holding up a sign during the Bucs' rout of the Chicago Bears ... which read, "Tom Brady helped me beat brain cancer."

Brady took notice and ran over to the fan as time was winding down in the 38-3 win ... and took the hat off his head and gave it to him!!

The fan was overcome with emotion as he shook Brady's hand ... breaking down in tears during the incredible moment.

Brady -- who ended up throwing 4 touchdowns for 211 yards on the day -- spoke about the interaction with reporters after the game ... saying, "That was really sweet, you know obviously tough kid, man." 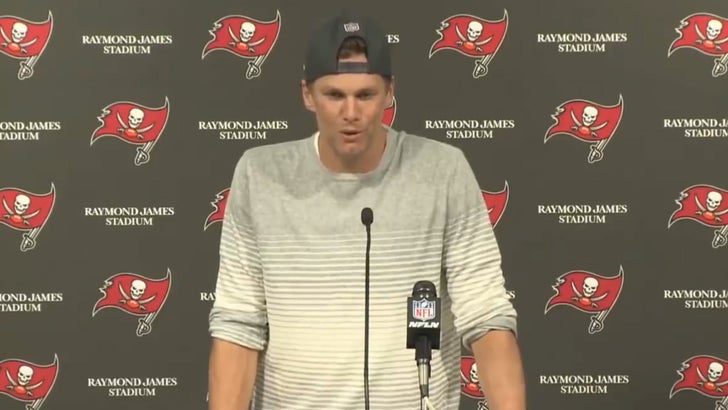 "It puts a lot in perspective with what we're doing on the field. In the end, it doesn't mean much compared to what so many people go through."