Josh Allen's grandmother is being remembered in an incredible way ... a local Buffalo hospital has named an entire wing in her honor after Bills fans made more than $1 million in donations.

Remember, the John R. Oishei Children's Hospital was flooded with over 27,000 donations from fans after the Buffalo Bills QB's grandmother, Patricia Allen, passed away last November.

The contributions -- which totaled around $1.1 million -- were used to open up the Patricia Allen Pediatric Recovery Wing.

The 25-year-old Pro Bowler was in person for the awesome launch on Monday ... and took a tour of the 10th floor's brand new recovery center.

Over 27,000 donations and more than $1 million dollars raised to honor @JoshAllenQB's grandmother and her family.

"It's such a surreal moment," Allen said, "I'm so grateful to have this honor, to have my grandmother immortalize like this."

The new wing also has a "Bills Fans Fun Zone" -- a playroom dedicated to the 27,000 fans who donated.

"I'm so indebted to this great community and the city of Buffalo," Allen added. "We can't thank you guys enough for allowing us to be a part of this."

Members of the Bills Mafia are known for whipping their wallets out for amazing gestures -- earlier this year, they donated $360k to Lamar Jackson's charity after suffering a concussion during a game. 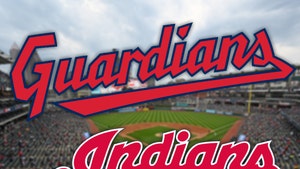 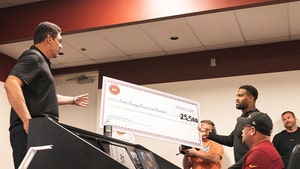