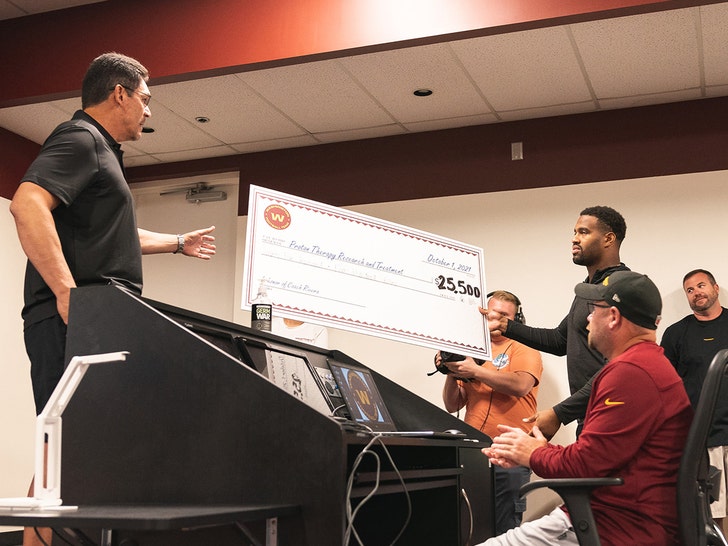 The Washington Football Team is celebrating head coach Ron Rivera's one-year anniversary of being cancer free ... by making a big donation to St. Jude's in his honor!!

The team recognized the coach's one-year biopsy coming back negative with an incredibly emotional tribute this week ... featuring a video, donation and a helmet decal that players will wear on the field this weekend.

The best part?? Star players Terry McLaurin, Chase Young, and Jonathan Allen were shown in the clip applauding their coach’s perseverance since his initial diagnosis.

Remember, Rivera revealed he had squamous cell cancer in one of his lymph nodes in August 2020 ... but despite his health battle, coach still managed to be present for his team.

We are all still #RiveraStrong

The team surprised Coach with this video and donation in today's team meeting after Coach’s one-year biopsy this week came back negative 🙏 pic.twitter.com/at349DV9Ca

In fact, he led the WFT to a 7-9 record, the NFC East crown, and a playoff game against the eventual champion Tampa Bay Buccaneers.

"Riverboat Ron" completed his radiation and chemotherapy treatment last October ... causing an emotional, yet heartfelt moment at the hospital.

How it started. How it’s going! pic.twitter.com/PbBMovYIel

The Football Team will honor the 59-year-old by wearing a "Rivera Strong" decal on their helmets ... and making a $25,500 donation to the proton therapy treatments he used to treat his cancer.

Rivera was clearly moved by the honor ... tearing up and sharing a touching message with his team. 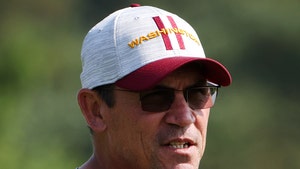 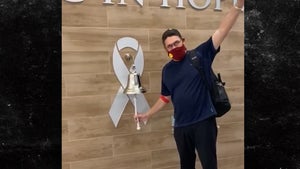