Atlanta Braves pitcher Charlie Morton etched his name into MLB lore Tuesday night ... 'cause he broke his leg during Game 1 of the World Series -- but still pitched on it!!

Morton took a comebacker off his shin in the 2nd inning of ATL's tilt with the Astros in Houston ... and right away, it was clear something was off with the Braves' ace.

Charlie Morton did all of this on a broken leg pic.twitter.com/ONuE8boYIf

Morton hobbled a bit back to the mound with a pained expression on his face -- but he still managed to get the next two outs to end the inning.

And, despite sitting in the dugout in pain while his team batted in the top of the 3rd inning, Morton still came out to pitch in the bottom of the inning!

The 37-year-old actually struck out Jose Altuve -- but was in so much pain, he was helped off the mound by trainers.

Atlanta officials later revealed Morton's X-rays showed he had broken his right fibula ... and they immediately ruled him out for the rest of the series with the 'Stros.

The Herculean effort, though, was not wasted ... because Morton's pitching helped Atlanta secure the Game 1 victory -- and now the Braves only need 3 more wins to take home the Commissioner's Trophy. 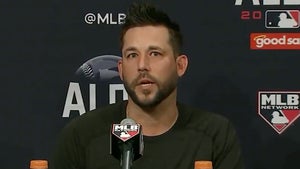 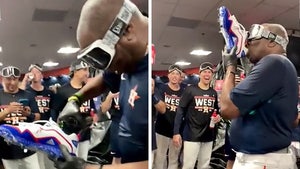