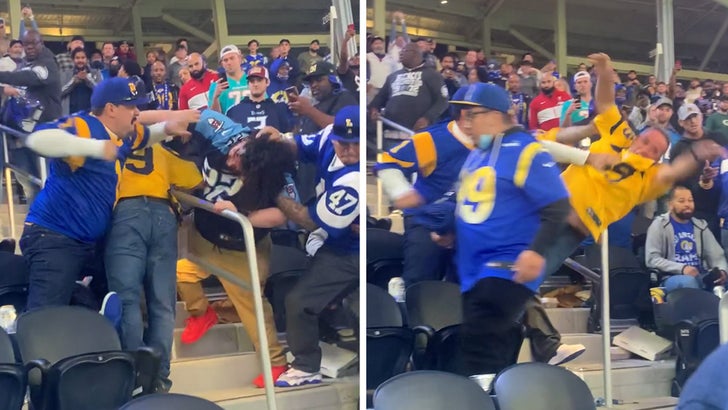 A Tennessee Titans fan was hurled down several rows of stairs during a wild brawl at the Rams game Sunday night ... and the violent scene was all captured on video.

The fight broke out at some point during Tennessee's win over the Rams at SoFi Stadium ... when a Titans supporter appeared to get into it with L.A. fans in the stands.

It's unclear what started the altercation ... but you can see in the footage, after mixing it up with several men, the guy in the Titans jersey was punched in the face.

Another fan, meanwhile, then grabbed the guy by the head and threw him down the steps, face first.

While the Titans fan was down, a Rams fan was punched in the face and appeared to be knocked out too. 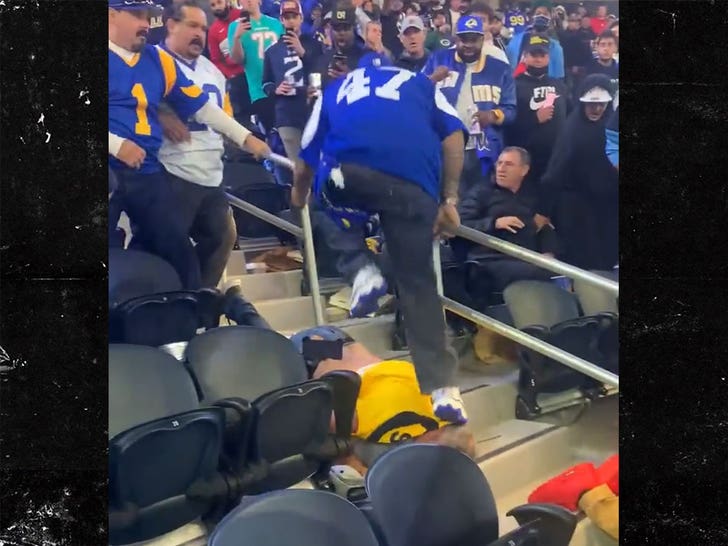 He was later stepped on by a different L.A. supporter.

Several of the combatants then fled. It's unclear if any arrests were made or if anybody was injured in the melee.

If this all looks familiar -- it's because it is ... several fights have broken out at SoFi Stadium this season -- with Rams, Raiders, Chargers and Bears fans all getting into it on separate nights while being filmed at the venue. 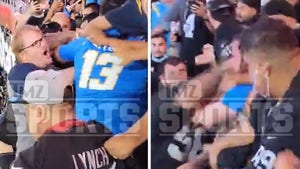 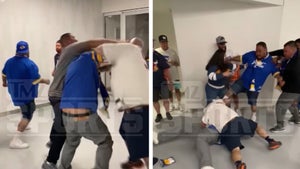