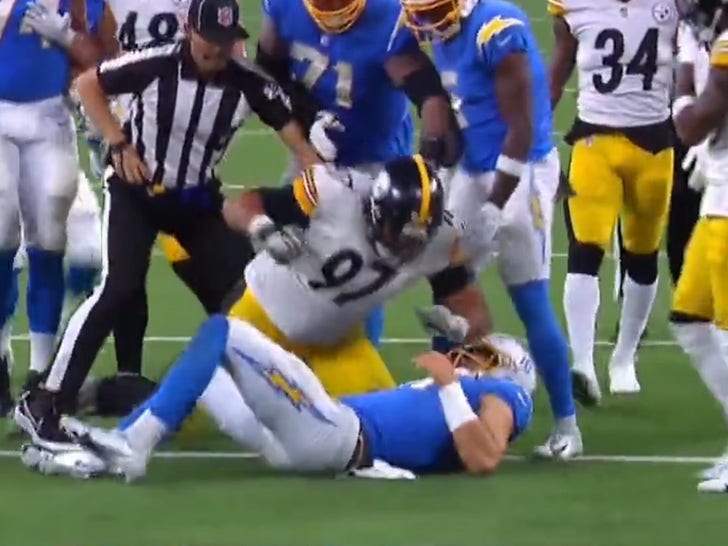 Pittsburgh Steelers defensive end Cam Heyward is apologizing after socking Justin Herbert in the stomach during Sunday Night Football ... saying "there was nothing malicious behind it."

The controversial play went down with just over 9 minutes left in the 4th quarter of the wild matchup ... when 32-year-old Heyward chased Herbert down and tackled him after a 36-yard scramble.

After the play, Heyward remained on top of Herbert for several seconds ... before Chargers WR Joshua Palmer rushed up to push him off. Both guys then got into a shoving match before Heyward unloaded the gut-punch on Herbert.

Heyward was hit with an unnecessary roughness penalty as a result of the play ... and explained his side of things to reporters after the 41-37 loss.

"To be honest, I was running after the ball, and I caught my hand under, so when I was trying to get back up, I couldn't get up, and I fell back on him."

"I know it looks terrible, (but) there was nothing malicious behind it. I don't think I was trying to punch him, but I know it looks worse than it is in slow motion. I'm sorry if I did anything to offend anybody."

"I wish I had said more to Justin after, but there was nothing behind it."

Herbert didn't seem to mind the play -- he even complimented Heyward's toughness and said whatever happened on the field will stay there.

As for Heyward, he is facing a potential fine for the play. 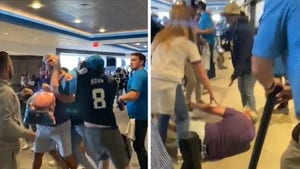 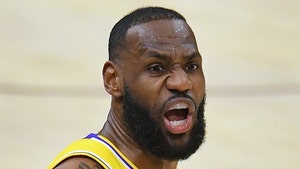