3:11 PM PT -- Chris has responded, saying ... "This is not how I want my time at CNN to end but I have already told you why and how I helped my brother. So let me now say as disappointing as this is, I could not be more proud of the team at Cuomo Prime Time and the work we did as CNN's #1 show in the most competitive time slot. I owe them all and will miss that group of special people who did really important work."

Chris Cuomo is without a cable news job -- the longtime CNN anchor just got fired ... and it sounds like there's more to the story on the help he offered his brother this year.

The network just announced Chris' termination, saying they retained a respected law firm to conduct the independent review of his conduct -- and in light of that digging, they say they found further evidence that they felt warranted kicking him to the curb.

CNN writes, "While in the process of that review, additional information has come to light. Despite the termination, we will investigate as appropriate."

This is a stunning turn of events, but perhaps not totally unexpected ... as the writing appeared to be on the wall here. The fact Cuomo had been suspended indefinitely raised red flags to many, who felt like his days at CNN were limited.

Of course, this all comes on the heels of an investigation by the New York Attorney General's Office ... which published its reports, plus transcripts, which suggested Chris' involvement in his bro's scandal back in the Spring was way more intricate than previously thought.

There are text messages he's purported to have sent to Andrew's staffers, including one that read "I have a lead on the wedding girl" -- pertaining to one of the ex-Gov's accusers. 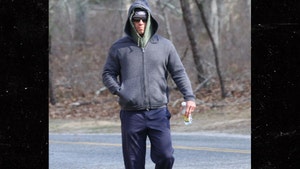