3:50 PM PT -- A rep for Cuomo tells TMZ ... "To the extent that they were sent to CNN to negate what Chris Cuomo told his audience, he fully stands by his on-air statements about his connection to these issues, both professionally and in a profoundly personal way. If the goal in making these false and unvetted accusations was to see Mr. Cuomo punished by CNN, that may explain his unwarranted termination."

It is now clear what forced CNN's hand in firing Chris Cuomo -- the guy was accused of sexual misconduct this week ... this is as he was already on thin ice.

Attorney Debra S. Katz came forward Sunday to reveal she'd been retained by a woman who wanted to go public with an allegation against the ex-anchor ... something she was apparently inspired to do after hearing about his involvement in his brother's own scandal.

She says while Gov. Cuomo's mess played out in public, Chris came on the air for his own show and said, "I have always cared very deeply about these issues and profoundly so. I just wanted to tell you that." Katz adds, "Hearing the hypocrisy of Chris Cuomo’s on-air words and disgusted by his efforts to try to discredit these women, my client retained counsel to report his serious sexual misconduct against her to CNN."

According to NYT, the woman -- who is remaining anonymous for now -- is a former junior colleague of Chris' from another network, and her claims are unrelated to Gov. Cuomo.

Here's my intro to @reliablesources, laying out the timeline of the Chris Cuomo news this week, and why he was fired on Saturday night pic.twitter.com/H6YlBROUQP

Katz goes on to describe how she contacted CNN on Wednesday -- a day after he'd been suspended -- to report her client's allegations against Chris ... and by Friday, she says she was already in discussions with the network to provide evidence and making the woman available for an interview with CNN's outside counsel.

She finishes by saying, "My client came forward at this time because she felt in sharing her story and related documentation, she could help protect other women. She will continue to cooperate with CNN’s investigation into her allegations. Given the nature of her allegations, she wishes to remain anonymous, and we ask that you respect this decision."

It's not yet clear what exactly the woman is alleging against Chris, but his rep says the "apparently anonymous allegations are not true." CNN says they already had cause to terminate Chris, but when they were made aware of this woman's claims, they saw no reason to delay any further. 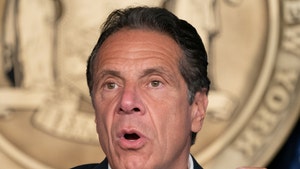 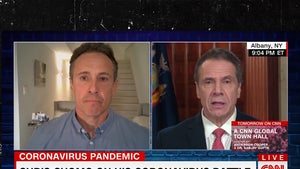