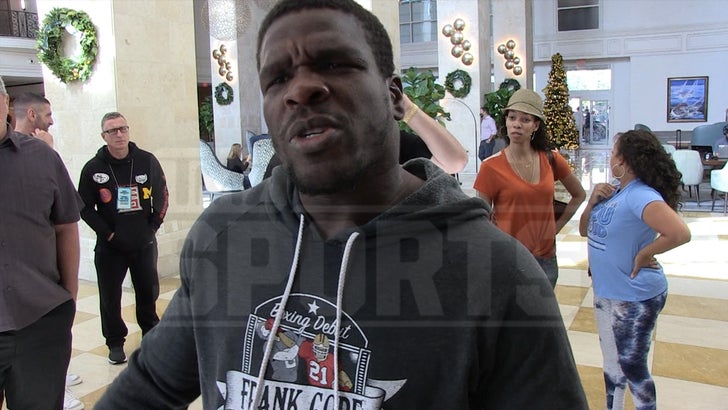 If you thought Frank Gore and Deron Williams were just gonna spar for a few rounds on Saturday, think again -- the NFL star tells TMZ Sports he's gunning to put a hurt on the ex-NBAer ... and come away with the win!!

Frank and Deron will both be making their boxing debuts on the Jake Paul vs. Tyron Woodley II undercard in Tampa ... and with just over 24 hours to go, we asked Gore what he's expecting in the fight.

"I wanna look good, man," he tells us. "I wanna show everybody whatever you put your head to, you can do it." 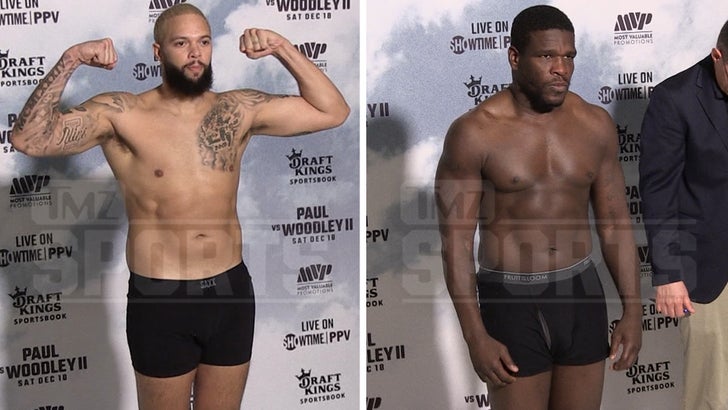 "I'm going for the W. I'm gonna do whatever it takes to win. If the knockout come, it will come. I wanna show everybody that I got skills."

BTW -- Frank and Deron weighed in on Friday ... and they both looked GOOD. Since Gore's been training like crazy, we had to ask if this was just a one-time thing, or if we'll see him in the ring for years to come.

"If I have a good time and feel like I want to do it again, I'll do it," he said. "I'm very happy about my decision to take this fight."

Gore admits he's a bit nervous as he gets closer to stepping in the ring ... but he's looking forward to showing the world what he's got. 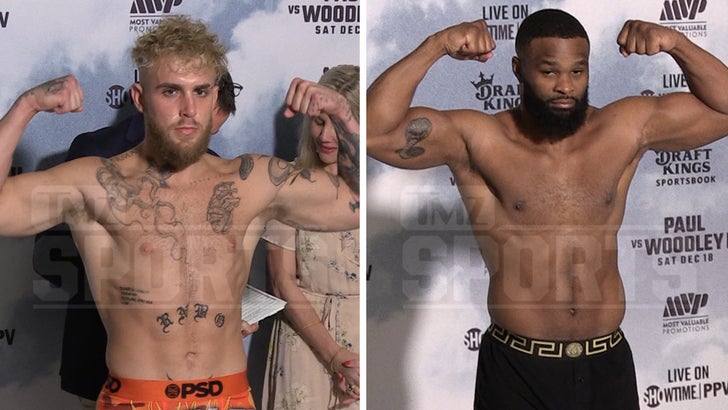 As for Jake and Tyron, they also look fighting fit leading up to the huge bout ... and we know it's one day away, but it can't come soon enough. 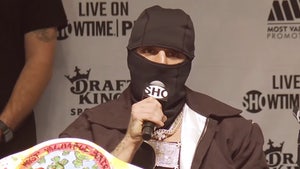 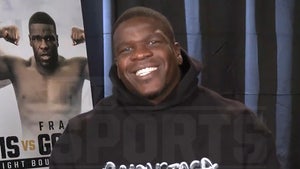