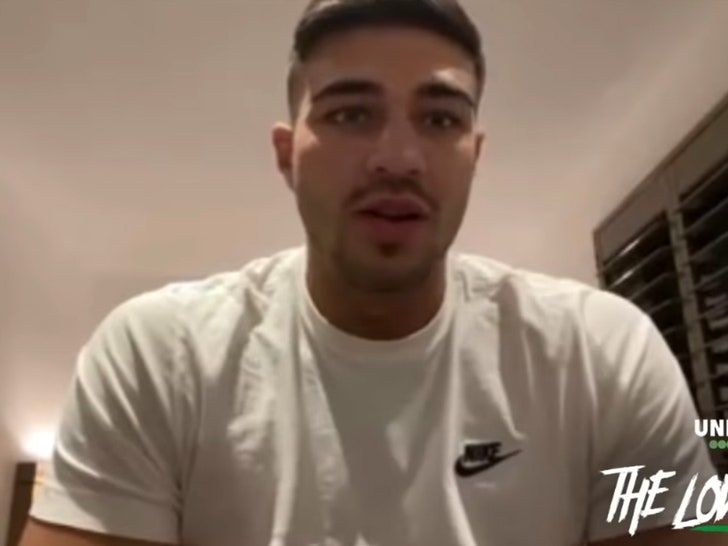 Tommy Fury is breaking his silence on Jake Paul's wild knockout win over Tyron Woodley ... saying it killed him to sit at home and watch, but he still 100% wants their fight to happen.

TNT -- who backed out of his bout with Paul with a chest infection and broken rib -- joined "The Unibet Lowdown" on Wednesday to give his take on Jake's performance ... and he says it would've been a different result if he had been in the ring instead of Tyron.

"It was very upsetting for me to sit there and watch it," Tommy said. "I know if I'd been in there, he wouldn't have been going six, seven rounds or whatever it was."

Tommy -- who is coughing throughout the interview -- claims Jake is "lucky" he had to pull out ... 'cause if he were in the ring, it would've been a bad night for Paul.

"I would have been smashing the jabs out there and fold up with the right -- he just wouldn't have been there because it was that bad. It was a bad, terrible fight."

Of course, Jake claimed Tuesday that Tommy's camp has gone radio silent since the Woodley K.O. ... but he makes it clear he's expecting their fight to get rescheduled.

"That should have been and it will be me," Fury added. "I do believe my time will come. Me, Frank (Warren), we're trying to figure out the next date. We're trying to get that fight rescheduled because that's the fight I want next."

Tommy has a message for his 5-0 rival ... saying 2022 will be the year they finally make the event happen.

"I'll do anything possible to speed up this recovery process because the quicker speed to get better, the quicker I get into the ring and get this fight done," Fury said.

As for Jake, he's moved on to offering Jorge Masvidal $5 million to fight ... but it's clear Tommy wants next.

"Everybody wants to see this fight. You wanna proclaim yourself as a boxer. Stop calling out UFC people. Come and fight me." 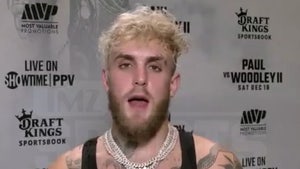 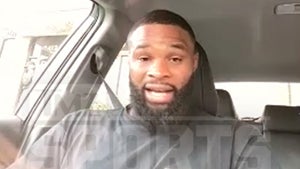 Tyron Woodley Says No One Wanted To See Paul v. Fury, Our Rematch Is Bigger