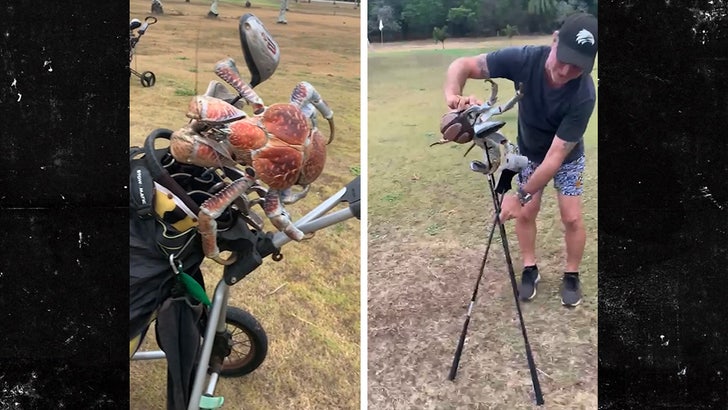 A golfer in Australia is now in the market for a new driver ... 'cause a giant crab destroyed his on the course.

The crazy scene happened Down Under recently ... when a golfer stepped away from his bag for just a few moments and returned to find a massive robber crab hugging his clubs.

Video of the scene is wild -- you can see in the footage, the guys were stunned as the crab had its pinchers all over the golfer's TaylorMades.

Eventually, the men tried to shake the thing off the clubs ... but check out the clip, the crab wouldn't let go!

The crab ended up holding on so tightly, it snapped the shaft of the guy's driver. And, because nobody wanted to lose a digit, it also ended up stealing one of the club's headcovers too!!

Unclear how the guy ended up scoring the rest of the day without his driver ... but, hey, at least he finished the round with all of his fingers intact. 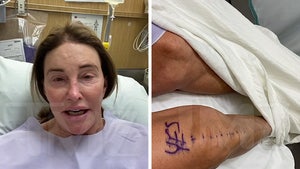 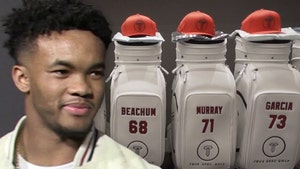