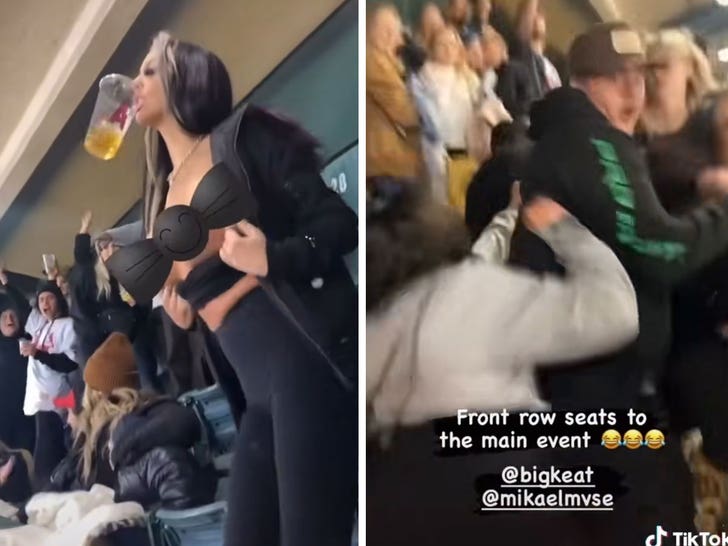 Several supercross fans got into a wild skirmish on Saturday night -- and it all appeared to start because a woman showed her boobs to the crowd.

The crazy scene all went down at the Anaheim 1 Supercross event at Angel Stadium -- when in the upper rows of the venue, a woman flashed her bare chest while holding her beverage with her teeth.

Another woman seemed to be so pissed over the sight ... she left her seat a short time later and confronted the fan, complaining about the topless move.

In a video of the altercation, you can hear the woman say repeatedly, "There's children!"

The response from people in the section, though, was not exactly great -- they told her to sit back down, and eventually, they threw drinks on her.

That's when the woman snapped -- and tried to fight people.

It's unclear how the situation was resolved ... we reached out to cops and they told us, "We responded to two fight calls in the view level that resulted in ejections but neither mentioned anything about a woman flashing, and no arrests/citations were made in either incident."

We also reached out to event organizers, but so far, no word back yet. 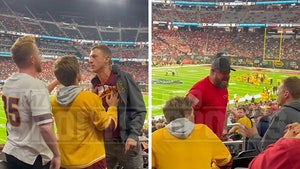 Fight Breaks Out in Crowd at Las Vegas Bowl, Wisconsin Fan Stops it 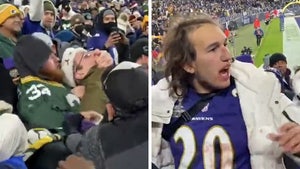 You Might Want to Rethink Nudity Fights TMZ Sports