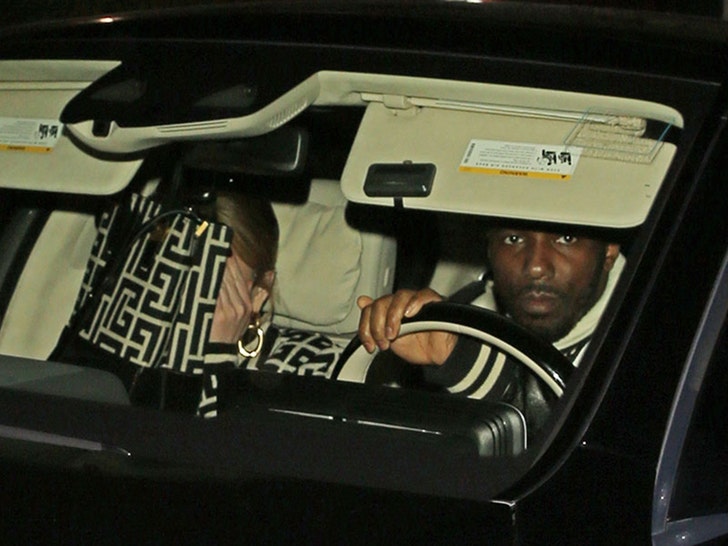 Adele is giving off big time "don't look at me!" vibes -- this as the first clear photos of her have emerged since her Vegas time-out ... with none other than her BF by her side.

The pop star was seen Friday leaving Mr. Chow in Bev Hills with NBA agent Rich Paul -- and despite their best efforts to keep things low-key ... the paps fired away as their car started to pull out of the backlot, capturing some interesting shots as they exited.

As you can see ... Adele is straight up hiding behind her purse in the passenger seat, not wanting the cameras to get a good look at her mug -- and for the most part, she succeeded. 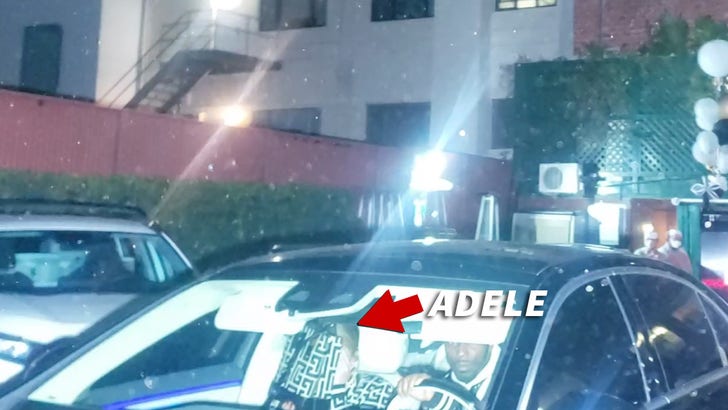 Adele has been hunkering down at Rich's place here in L.A. in hopes that the residency drama would blow over -- and while it seems to have settled down for sure since her tearful apology ... there are still tons of rumors flying about a possible all-out cancelation.

As we reported ... her story about having to postpone things due to COVID and other logistics simply doesn't add up to the folks over at Caesar's -- as we've been told by those in the loop that any COVID issue would've been brought up way earlier than when she did, and not just that ... but we'd heard much different accounts about what was going on BTS.

Long story short, word is ... Adele wasn't happy with the set pieces and stage design when she showed up for rehearsals -- very shortly before her debut performance, for which folks bought tickets and flew in from all over the world to catch in person.

According to our sources ... she just couldn't be satisfied, and ended up blindsiding Caesar's crew with her announcement. By the looks of it, she definitely doesn't wanna talk about it yet ... or even be seen.

CONFIRMED: @Adele is returning to the BRITs stage!!

don't miss it on Tuesday 8 Feb on @ITV (UK) and https://t.co/QjEmDoNxZW (International) https://t.co/UHTTUhtIcv

That might come to an end soon enough though. Adele is supposed to be performing in London next week for the BRIT Awards ... so we'll see what she has to say then, if anything at all. 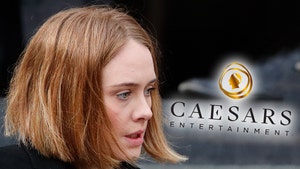