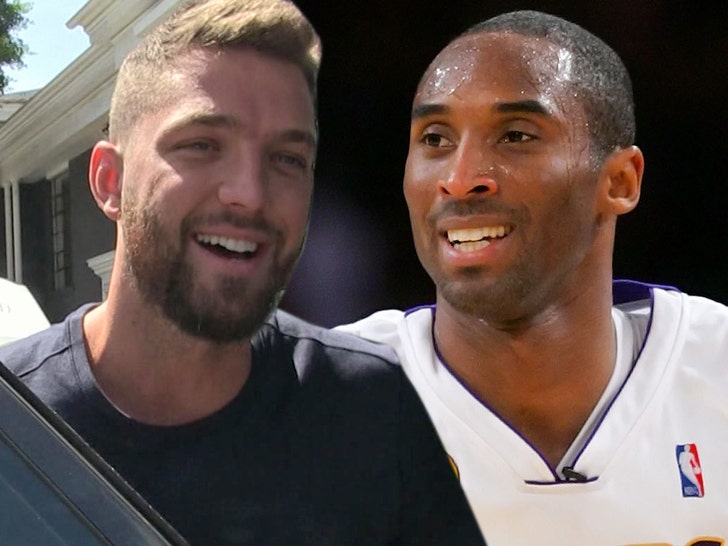 Kobe Bryant was one of the most clutch players in the NBA, but he REALLY came through for Chandler Parsons during his rookie year -- 'cause the newly retired hooper says the Black Mamba once paid a $22,000 bill for him at a famous L.A. nightclub!!

Parsons joined former NBA players Stephen Jackson and Matt Barnes on their "All The Smoke" podcast this week ... where he shared how the encounter with Bryant went down.

Chandler says Kobe approached him in the fourth quarter of their game against the Lakers in 2012 ... telling the rookie he'd take care of him later that night if his team was spending more time in L.A.

Parsons says he got a text from none other than Kobe himself later that night ... confirming he arranged reservations for Chandler and his teammates at The Supper Club L.A.

When it was time to pay the bill at the spot, Parsons says the waitress walked up and gave him the check ... which came with a hefty price tag at the time.

Parsons admitted on the show he was worried that Bryant stuck him with the bill ... thinking it could have been some sort of rookie hazing into the NBA fraternity.

But, much to his surprise, the waitress told Parsons to "sign for Mr. Bryant" ... 'cause Kobe already took care of the tab. 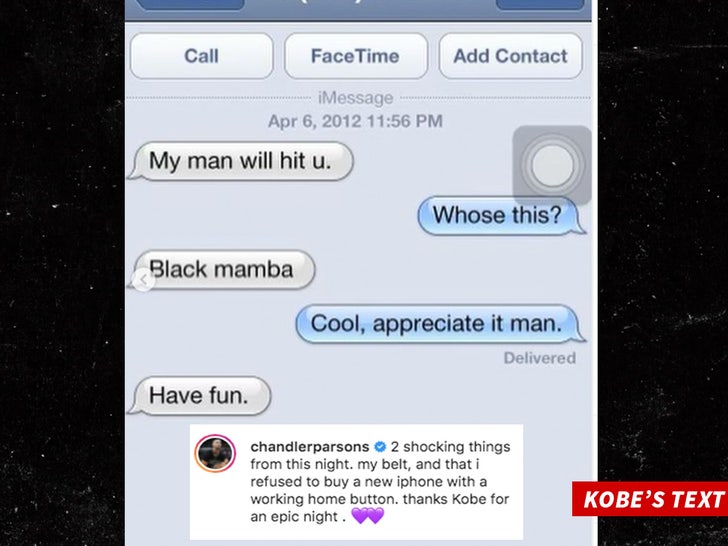 The coolest part of the story is Parsons says he still has the text messages from Bryant ... proving that Kobe, indeed, did lookout for him after all. 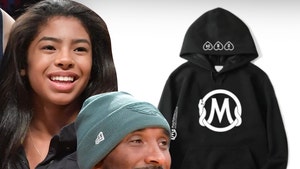 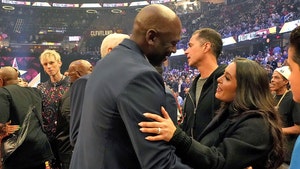