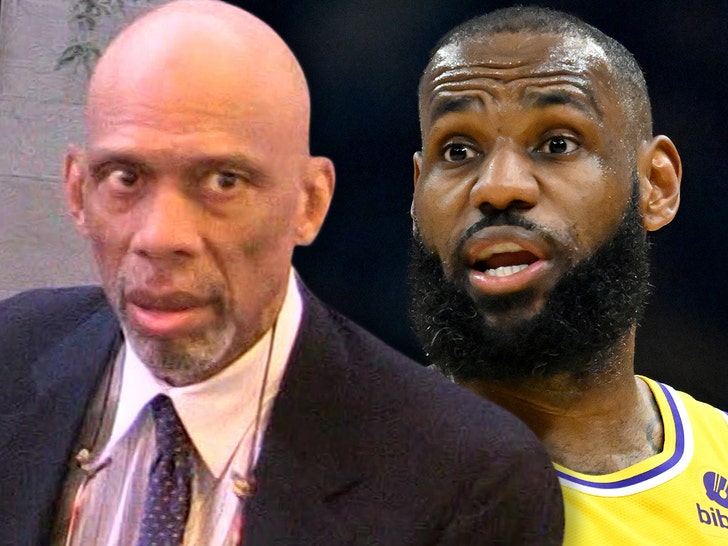 LeBron James might soon pass Kareem Abdul-Jabbar as the NBA's all-time scorer, but the dude still has a long way to go to be truly great as a role model ... so say KAJ.

The Lakers legend shared his pointed criticism at LBJ Sunday amid his presentation of a new trophy bearing his name ... which he bestowed upon Carmelo Anthony for his social justice work during the 2021-22 season.

The @Lakers' Carmelo Anthony is presented with his Kareem Abdul-Jabbar Trophy as he receives the 2020-21 #SocialJusticeChampion award for pursuing social justice and driving equality.

It seems that after the ceremony, Kareem stuck around and talked to reporters ... who asked him how he felt about the idea of LeBron overtaking him as the points leader, which is likely to happen sometime next season -- barring any prolonged sitting out on LeBron's part.

Kareem said he had no problem with Bron taking the mantle, but where he (still) has issues is with LeBron's legacy as a whole -- including his off-the-court comments/antics/stances ... some of which Kareem said were "beneath him" in the grand scheme of things.

Kareem Abdul-Jabbar says he’d be willing to meet Lakers’ LeBron James to discuss their differences on issues like vaccine advocacy: “I admire the things he’s done… Sending a whole school to college, wow, that’s amazing… Some of the things he’s done he should be embarrassed by.” pic.twitter.com/0QlNMNUXit

While he praised LeBron for some philanthropy work he's done -- including sending TONS of kids to college on his dime -- Kareem said there are still some things the King should be embarrassed about.

He's also quoted as saying this ... "Some of the things he's done and said are really beneath him, as far as I can see." Kareem adds, "Some of the great things that he's done, he's standing on both sides of the fence almost, you know? It makes it hard for me to accept that when he's committed himself to a different take on everything. It's hard to figure out where he's standing. You've got to check him out every time."

Now, as for what exactly Kareem may be referring to -- it's no secret if you've been following along. Dude's been openly critical about LeBron's apparent vaccine hesitancy, not to mention his waffling on where he stands with COVID in general, a la that Spider-Man meme.

At the time, Kareem wrote an essay ... saying LeBron's joke was a blow to his legacy, asking he do better -- especially as a leader in the Black community. He's also opined about LeBron celebrating on the court (particularly in dancing), saying that's not G.O.A.T.-worthy.

“I don’t have any response to Kareem. At all.”

LeBron, for his part, defended himself and the meme ... saying he had no response to Kareem, and reiterated that he was simply trying to better understand the virus. 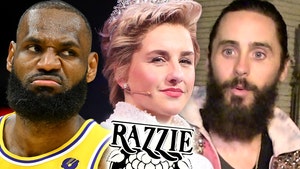 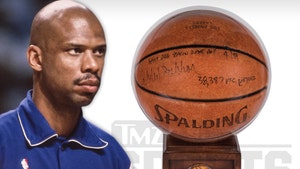