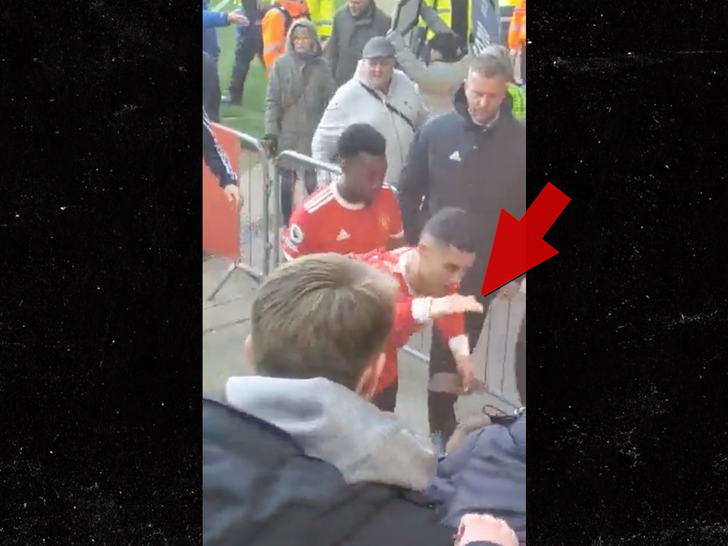 Manchester United star Cristiano Ronaldo is being investigated by police after he smashed a young fan's phone following his team's loss on Saturday.

The incident went down after MU lost to Everton 1-0 at Goodison Park ... when Ronaldo, as he was leaving the field, appears to smack something to the ground as he walks through an area where fans were standing in close proximity.

The video circulated on social media ... with many fans calling out Ronaldo for his alleged bad behavior.

A spokesperson for the Merseyside Police confirmed they were looking into the incident, saying, according to ESPN, "As players were leaving the pitch at 2.30 PM, it was reported that a boy was assaulted by one of the away team as they left the pitch."

"Inquiries are underway and officers are working with Everton Football Club to review CCTV footage and are carrying out extensive witness inquiries to establish if an offense has taken place."

Ronaldo has since apologized for his actions in a social media post, saying ... "It’s never easy to deal with emotions in difficult moments such as the one we are facing. Nevertheless, we always have to be respectful, patient and set the example for all the youngsters who love the beautiful game." 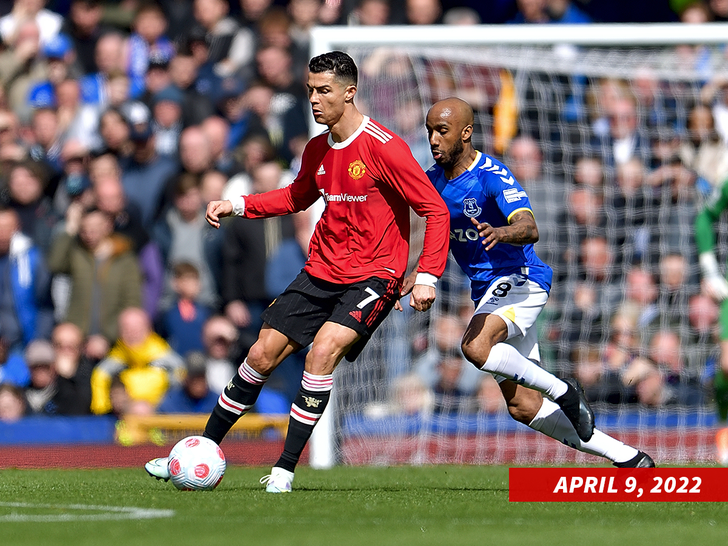 He continued ... "I would like to apologize for my outburst and, if possible, I would like to invite this supporter to watch a game at Old Trafford as a sign of fair-play and sportsmanship.🙏🏽"

MU launched an investigation into the Ronaldo situation, but reportedly won't be punishing their star player after the apology he issued, according to The Sun. 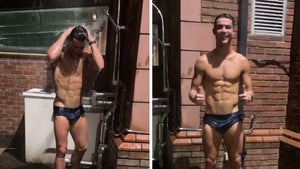 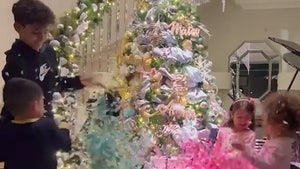