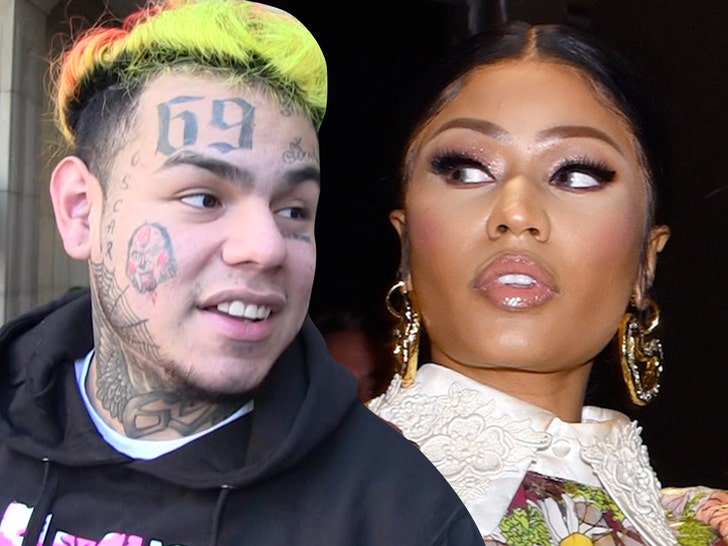 Tekashi 6ix9ine has a No. 1 record with Nicki Minaj, but even that accomplishment isn't stopping the rainbow-haired rapper from publicly calling BS on her.

6ix9ine is reacting to his "TROLLZ" collaborator's demand for her Barbz to drive up the YouTube numbers on her new Fivio Foreign record, "We Go Up" ... and he thinks it was an insane request.

"Crazy" was his actual choice of words. 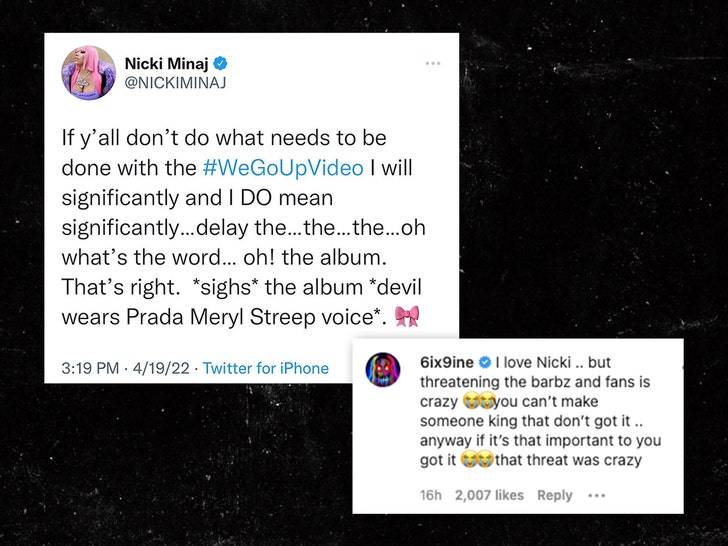 It's doubtful Tekashi meant any "malice" toward Nicki when he sounded off via DJ Akademiks Instagram. It's just interesting because he claimed on "TMZ Live" that he only responds to drama; never instigates it.

He even went so far as to deny having any hate toward Lil Durk, the late King Von or even Fivo ... despite a ton of lyrical evidence to the contrary. So, why stir the pot with Nicki over her Fivo collab??? 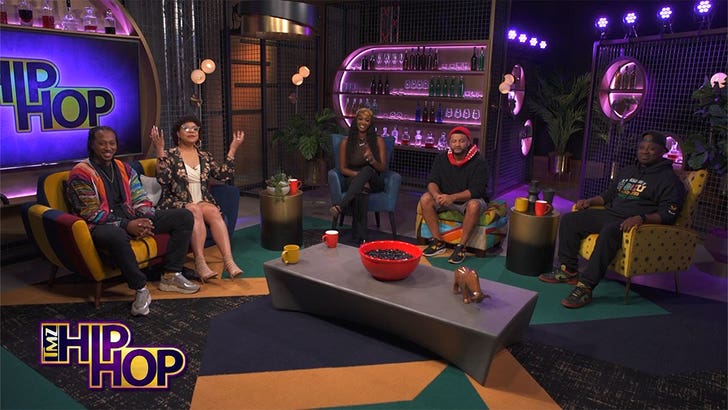 No doubt, Nicki's had a topsy-turvy relationship with her infamous legion of fans, and on today's episode of "TMZ Hip Hop" the crew addressed her latest attempt to press them into action.

Whether you agree or disagree with the approach, it appears to be working. At the time we posted, the video had 1.4 million views and was No. 1 on YouTube's trending charts.

She go up, indeed. 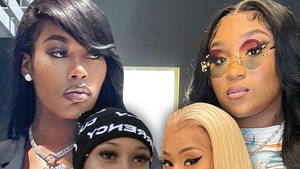 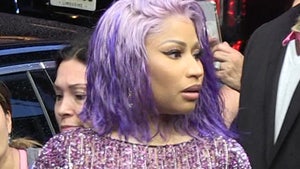