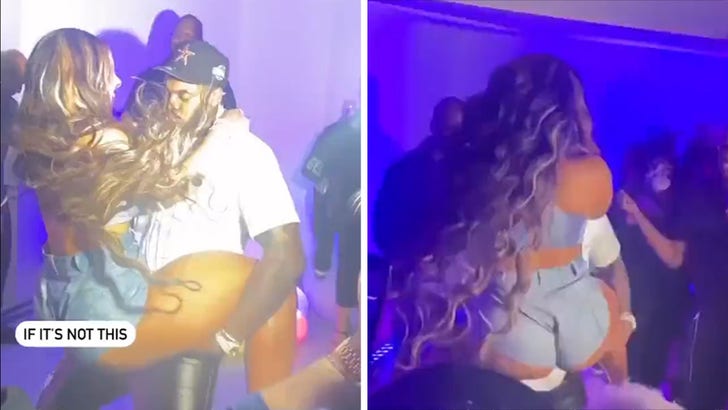 Megan Thee Stallion looked more like Megan Thee Rag Doll in NYC this weekend -- and that's because her boyfriend was having his way with her in the club ... woof!

The femcee was hosting a party Saturday night in the Big Apple in honor of her new single, "Plan B," which she debuted at Coachella a few weeks ago. Seems like it was a rager, with MTS and her man, Pardison Fontaine, leading the charge in the hot and heavy department.

So this what he brought her up there to do… https://t.co/DcjTKib2sT pic.twitter.com/ZOsTFozzgu

Check it out ... at one point, Pardi picked up Megan and started bouncing her up and down with hip thrusts, this as she had her arms wrapped around him. Yeah, it's pretty hot.

Even before this pony ride, it looks like Pardi had a firm grasp on her/the sitch at large -- literally carrying her upstairs like nothin'. It's wild ... Meg's not a small girl by any means -- she's reported as 5'10", so for him to be able to hoist her up like this is ... impressive.

Anyway, once they were in their own zone ... the dirty dancing continued, with Meg twerking and Pardi coming in for a taste. Looks like they're all about showing off PDA early and often -- which is great for everyone else taking in the show.

Later, Meg performed her song with Pardi behind her ... supporting his girl. The couple's been dating since 2020 -- post-shooting -- and they've been fairly inseparable ever since. Pardi's a newish rapper, having made a splash with a feature on Cardi B's "Backin' It Up" in 2018. 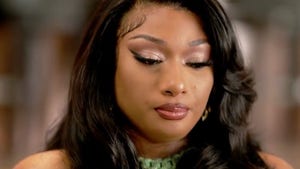 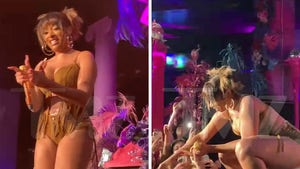