Memorial Day Weekend means hip hop festival season is upon us, and the So What?! Music Festival in Texas -- with some big name headliners -- is pulling out all the stops for the safety of ticketholders.

Juicy J, Trippie Redd, 2 Chainz, IDK, 24kGoldn are on the lineup for the Arlington concert, and the promoter Third String Entertainment is doing all it can to avoid anything like the tragedy at Travis Scott's AstroWorld festival last year in Texas.

Third String's Mike Ziemer tells TMZ Hip Hop their safety procedures run deep. He says meetings with law enforcement agencies like the Texas Rangers, fire marshals and other city officials started way back in January ... as they wanted to nip any potential issues in the bud.

Who are you most excited for?! 🤯 pic.twitter.com/cm5yQ11JDW

They're also featuring "quiet rooms" for fans who need timeouts, and access to every water fountain in Choctaw Stadium to ensure dehydrated fans can get relief.

Everyone will have to pass through metal detectors upon entry ... Ziemer says they have procedures in place for active shooters, because that's, unfortunately, a painfully real possibility these days.

In terms of crowd management, So What?! actually capped the festival attendance at 20,000 -- well below the stadium's 50,000+ max capacity -- to ensure fans can have a good time without fear of overcrowding or stampedes.

Additionally, all 3 stages will have headliners performing at the same time, thereby reducing the threat of crowds rushing from one spot to another.

Waka Flocka Flame, $not, B-Lovee and Tyla Yaweh round out the rappers performing and Mike says the aim is for everyone to have fun ... and safely. 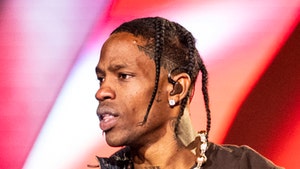