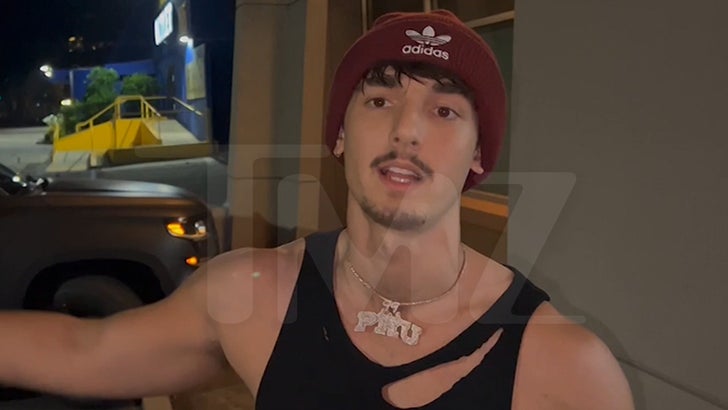 TikTok star, Bryce Hall, will NEVER be friends with Tayler Holder ... so says Bryce, who believes Tayler is guilty of some serious allegations.

We caught Bryce leaving Bradley Martyn's Zoo Culture Gym in Woodland Hills, Tuesday night, and he went off on Tayler Holder and their never-ending beef.

Bryce says Tayler's interview with TMZ was absolute BS, especially when he claimed he didn't know Bryce. He adds, Tayler was actually the undercard for his Professional boxing event and they've collaborated, despite not being friends.

Going forward though ... Bryce makes it clear he would NEVER be friends with Tayler, "after the s*** he's done," referencing rumors about sexual allegations against Holder. He says Tay should worry about the "lawsuits on his name," instead of contacting the media and promoting his music -- which he gave a pretty damning review. 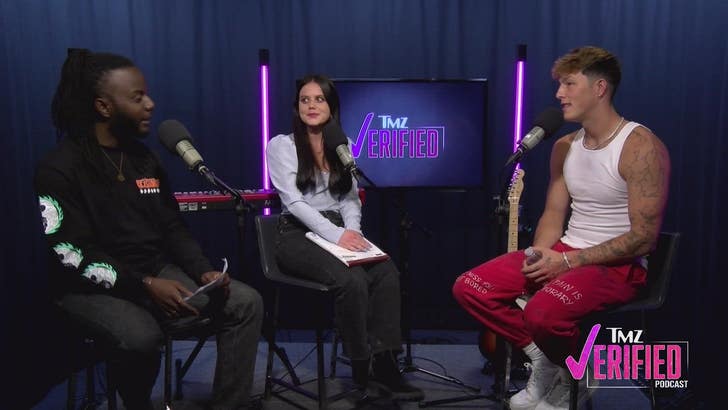 ICYMI, Tayler sat down on "TMZ Verified Podcast" and denied any, and all, sexual assault allegation rumors against him. During the interview, he also claimed he didn't know Bryce.

As far as squashing any beef now, Bryce says, he would never give him the validation of squaring up with him in a boxing ring ... but, he warns if he ever tries him in person, he may end up with a broken jaw. 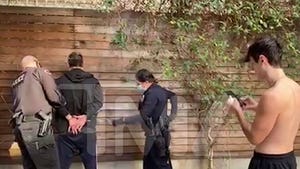 Bryce Hall Stops Man Allegedly Trying to Get into His Home, Cops Called