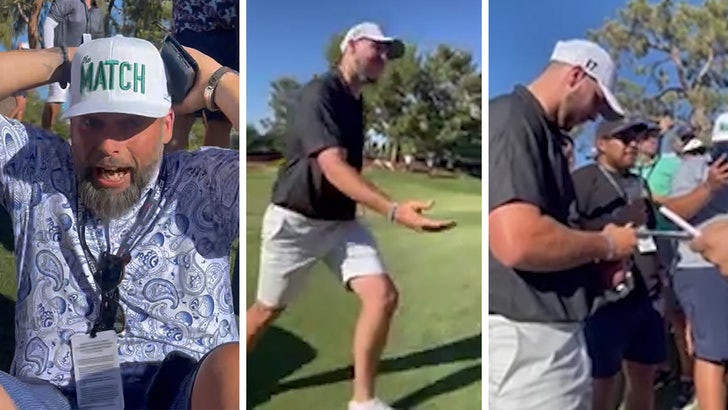 Josh Allen shanked a ball so badly during Wednesday night's 'The Match' -- he drilled a fan in the back of the head ... but, thankfully, the guy somehow wasn't severely injured.

The wayward tee shot happened on the sixth hole of the event at Wynn Golf Club in Las Vegas ... when Allen pushed his ball some 20 yards to the right of the green.

In video of the swing, captured by John of @BackNineBullies, on the 190-yard par 3, you can hear the ball crashing down right on a spectator's noggin. 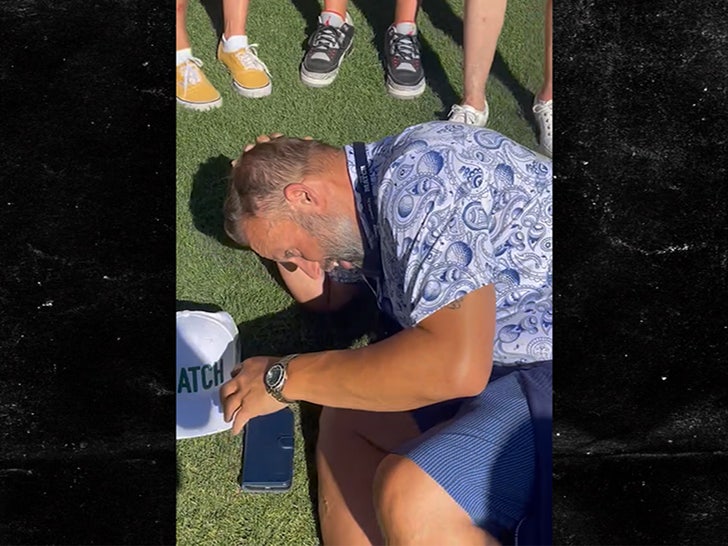 The fan immediately crumpled to the ground in pain, yelling out, "Wow! I got it! Oh, my God!" ... although, fortunately, he ended up ultimately being all right.

Allen eventually made his way up to the fan ... and apologized repeatedly for the shot -- and signed a golf ball, a glove and a football as a mea culpa.

We're told the spectator needed some ice and had a big bump on his head -- but he appeared to finish up the event just fine.

As for Allen, his game never quite looked good during 'The Match' -- he nailed fans continuously throughout the round -- and he and Patrick Mahomes went on to lose to Aaron Rodgers and Tom Brady.

But, hey, at least dude knows how to yell "fore!" 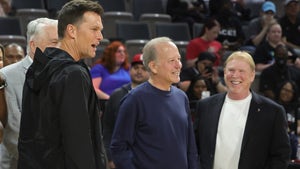 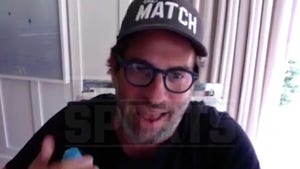