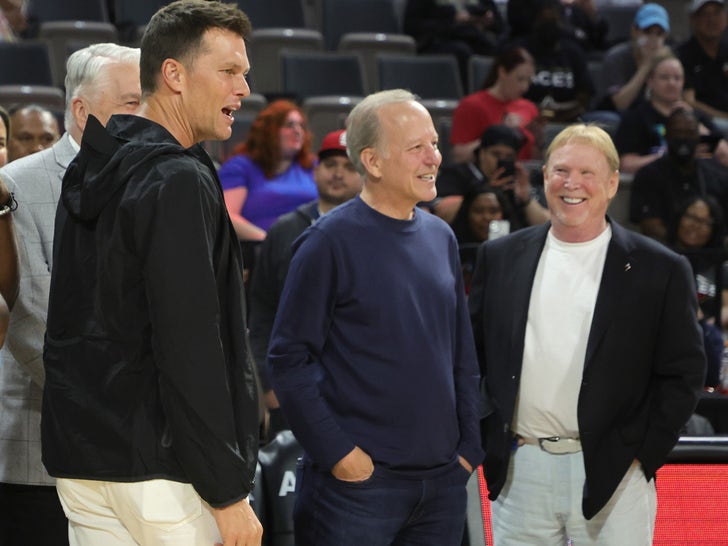 Ah, what could have been.

Tom Brady was choppin' it up with Mark Davis at the Las Vegas Aces game on Tuesday ... a sight that would be a lot more frequent had the NFL superstar's free agency gone differently in 2020.

TB12 soaked in some WNBA action ahead of his big golf showdown against QBs Josh Allen and Patrick Mahomes in "The Match" ... and ended up sharing a moment with the Raiders owner. 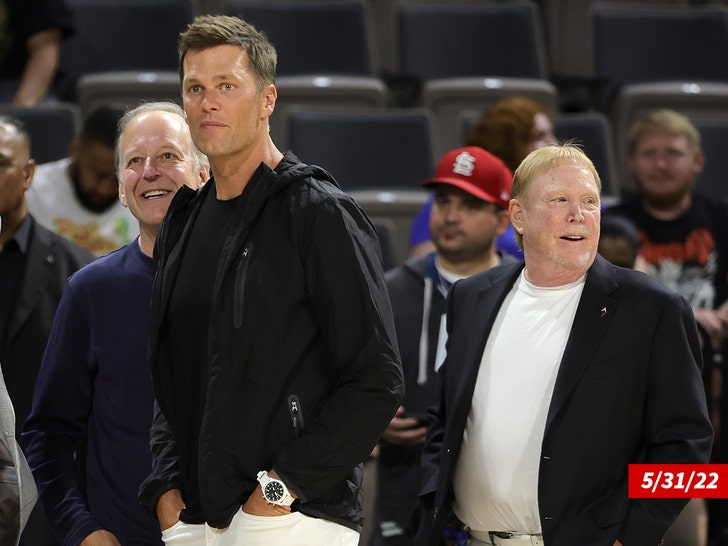 Of course, Brady reportedly had LV on his shortlist of teams back when he left the Patriots in free agency two years ago ... and famously said in an episode of "The Shop" he was shocked a team (people assumed he was talking about the Raiders) chose to stick with "that motherf***er" (hi, Derek Carr) over him.

Anywho, TB12 was posted up with his sister and Jim Gray for the Aces' matchup against the Connecticut Sun ... a victory for the home team. 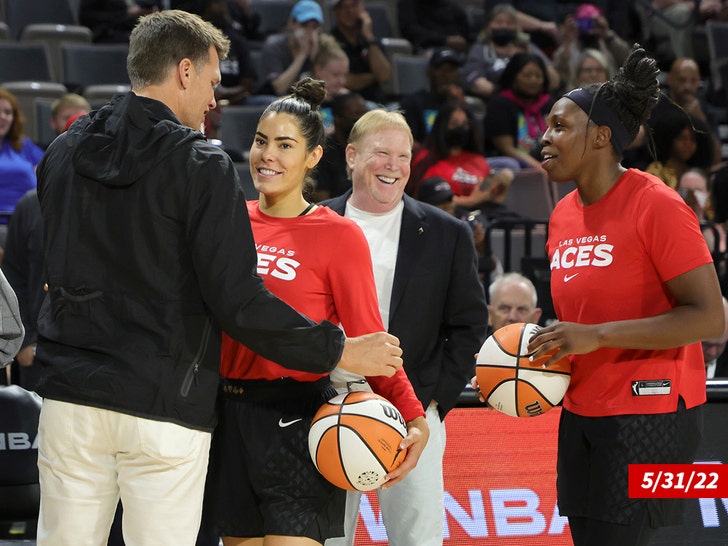 Brady was able to chat with players while at the game as well ... keeping cool, calm and collected just hours before hitting the links.

No word on what Brady and Davis talked about ... but there's a good chance Al's son had to bring up the QB's semi-admission about the "Tuck Rule" game.